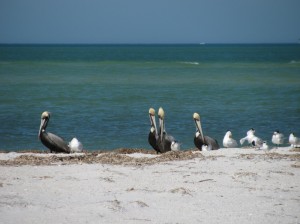 Clearwater and the City of Dunedin have some of the best barrier islands in the United States. They are the three best known islands in the area, consisting of Clearwater Beach, Caladesi Island, and Honeymoon Island. Other great islands are also along our coast, just to be clear, with Anclote Key and Three Rooker Island to the north and Sand Key, Treasure Island, St Pete Beach, and Mullet Key to the south. The sands of the Florida Gulf Coast on the move, however, creating a changing history for the barrier islands. 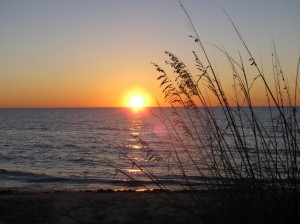 When the area was first settled, the islands of Clearwater Beach and Honeymoon Island were in a very different condition than they are today. Clearwater Beach was called Hog Island and later on, Tate’s Island. It had no access other than by boat. Later, a causeway was built and it was named Clearwater Beach. Honeymoon Island was much smaller. Development plans came and went for the island, the land eventually becoming a state park. Shifting sands over the last century have connected the nearby sand bars to the island, more than doubling its length. The northern extension of the island created a fantastic stretch of soft white sand beach and the enclosed waters of Pelican Cove. 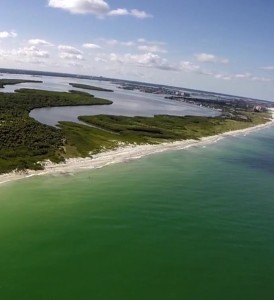 The shape of Caladesi Island has changed less than the other islands, probably due to the abundance of mangrove trees there. The most striking change is the sand bar that grew northward from Clearwater Beach, connecting the two islands. The waterway that used to run between the two islands was called Dunedin Pass. It was a popular passageway for boaters entering and leaving the intra-coastal waterway. Over time, the sands on the south side of the pass began to move northward. Dredging was discussed, and the city even voted, successfully, to purchase a dredging machine in 1977. The plan to keep Dunedin Pass open was not to be, however. In 1985, Hurricane Elena struck the area and filled the waterway with enough sand to make in impossible to navigate by boat. With the sand already moving northward from Clearwater Beach, the pass soon filled in completely. Today, beachgoers can walk across the sand bridge between the two islands. It has filled in with enough sand to create a complete beach. Only memories and written  history allows newcomers to know that Dunedin Pass was ever there. 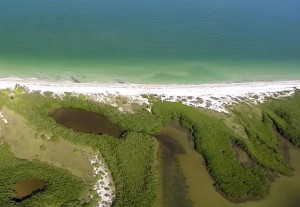 Several methods exist for exploring Dunedin Pass. Walking northward from Clearwater Beach is the most common. It takes a little time and effort, especially on hot summer days, but beachgoers can walk the sands northward, arriving at the old pass in less than an hour. Another method would be to take the Caladesi Island Ferry from Honeymoon Island State Park. Once on the beach, visitors can walk south to find the narrow area of sand. If you are lucky enough to have a boat on hand, you can arrive via the coastal waters of the Gulf of Mexico. Boaters can cruise up the coast from Clearwater Pass or down the coast from Hurricane Pass. While in a boat on the coast, it is not easy to spot the old pass. The sand appears the same up and down the beach, rising too high for boaters to see over to the harbor. One clue is the park sign, set on the beach, telling beachgoers that they have arrived at Caladesi Island State Park. 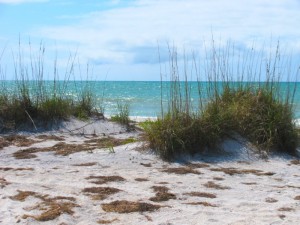 The remains of the pass are just south of the sign. The last route to pass is by boat on the intra-coastal waters. This route, however, is not for larger boats. To actually land on the eastern side of the beach, you will need a watercraft such as a kayak or a paddleboard. The water shallows to just a few inches for quite a long stretch before you can land. When you do, a very short walk takes you to the crest of the beach where you overlook the white sand beaches and the Gulf of Mexico.

The pass is a beautiful stretch of sand, some of the softest and whitest you will find in the area. It is also a part of the beach much less traveled, leaving the beauty of the area almost to you alone. Dunedin Pass is well worth visiting.