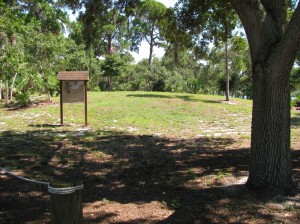 The American Indian Mounds along the Florida Gulf Coast were once very numerous. Today, in Pinellas County, which is home to popular Clearwater Beach and St Pete Beach, only a few mounds remain for public viewing. Some mounds on the mangrove-covered Nature Coast are overgrown and unrecognizable while those along the beach shorelines are now replaced by houses and businesses. Many of the mounds were originally garbage piles. They survived the centuries because shells comprised a large part of the refuse. These shell mounds, unfortunately, made a good resource for building shell roads, the Florida version of gravel roads. Not all of the mounds were mere shell piles, however. Some served as burial mounds, containing valuables such as jade and copper. Other objects such as arrowheads, tools, and knives have also been found. To preserve the remaining sites it is now illegal to dig at mounds and the parks that surround them. 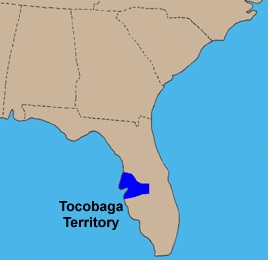 The story of the original Native Americans in Florida is an unfortunate one. The mound builders of Pinellas County were called the Tocobaga. They lived in what we now call the Tampa Bay area, home to such cities as Tampa, St Petersburg, and Clearwater. The landscape was sandy, covered with tall scrub pines, waist high palmetto palms, and mangroves trees. It was populated by deer, dolphins, manatees, alligators, cougars, black bears and an abundant bird population. Fishing and shelling provided much of their diet but they also ate other native wildlife, including alligators. 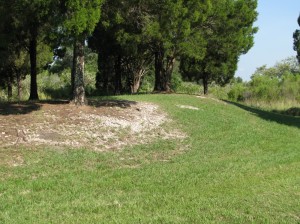 When settlers came to the Americas, the Native Americans did not fare well. While some newcomers treated the natives with respect, conflicts broke out and treaties were broken. The French, Spanish, and English warred against one another in Florida, often involving the native tribes. More devastating than the political issues was the spread of European diseases for which the Native Floridians had no immunity. Near the end, to survive, the remaining Native Americans of Florida moved to the fort at St Augustine, Florida. After a battle there, the remaining native people of Florida escaped to Cuba. Marking the end of the state’s original Native American tribes. The Native Americans who live in Florida today, called the Seminole, arrived later from other states. While some of the peoples of Florida may have survived as slaves to the north or by joining other tribes, no original Florida mound building tribes remain today.

Where to Find Mound Sites

While a number of mounds hide in unmarked areas along the Florida coast and inland, some key parks have preserved the mounds. 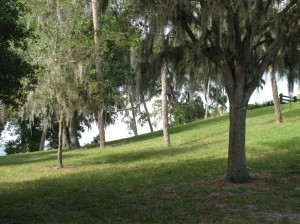 You can find additional information about the Native Americans of Florida by visiting the Safety Harbor Museum in Safety Harbor or the Weedon Island Preserve and Natural History Center in St Petersburg. All of these locations can be reached within an hour or less from Clearwater Beach.