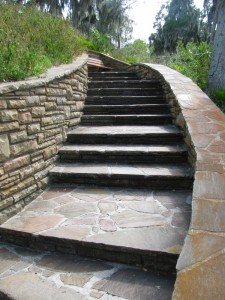 Philippe Park is located on the shores of Upper Tampa Bay, just north of the city of Safety Harbor, Florida, USA. The park is named after a French settler named Odet Philippe, who arrived at the location in 1842. The park faces east, toward the waters of the bay, with a drive that extends its length. It is easy to see across the bay at this point, since Upper Tampa Bay is a much smaller body of water than Tampa Bay to the south. Large shallows lie off the shores of the park with vast tidal flats sometimes rising above water during low tide. The park is filled with palm trees and oaks that shade the roads and lawns, keeping visitors cool on warm summer days. Because of the large mound built by Native Americans, and the history of Odet Philippe, the park was registered a National Historic Landmark in 1966. Philippe Park offers a relaxing venue for picnics, fun outings with the kids, or quiet walks on the waterfront. 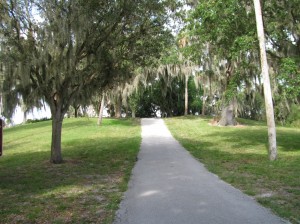 The Tocabaga tribe is estimated to have lived on the site of Philippe Park beginning around 900 A.D. They built a large ceremonial mound which still stands at the park, making it the largest surviving mound in the region. A village of 400 to 2500 Native Americans lived on the site, using bows and spears as well as tools fashioned from bones. Spanish explorers who arrived in the 1800s described them as a tall, strong people. Today the mound has a concrete path leading to its top with winding stairways descending the sides facing the bay. You will find signs posted at the park that describe the history of the native village more completely. For more information, travel just a few miles north to Safety Harbor where you will find the Safety Harbor Museum. The museum has history dioramas for kids and a set of books that describe the history of Philippe Park, the surrounding area, and the state of Florida. 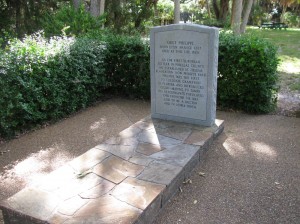 French settler Odet Philippe came to the area in 1842 after serving in Napoleon Bonaparte’s army as a surgeon. The first European settler in the area, he created a grapefruit plantation, being the first to grow the fruit on the Florida peninsula. Grapefruit grows well in Florida, some of the trees bearing fruit nearly year round, surely making the choice a good one for Philippe. He also promoted cigar-making, a fact that becomes more interesting when you discover that twenty years after Odet Philippe’s death, the famous city of Ybor was founded by cigar manufacturer Vicente Martinez-Ybor, whose cigar manufacturing became an overnight financial success. While the grapefruit orchards created by Philippe can no longer be found at the park, the temple mound is a part of the Odet Philippe’s life history.

During a hurricane, he saved his family from the rising waters by fleeing to the top of the mound. The hurricane reportedly washed away part of the structure but the Philippe family survived. Philippe had a large family and many of his descendants still live in the region. You will find a grave marker for Odet Philippe by driving just beyond the mound site at Philippe Park. 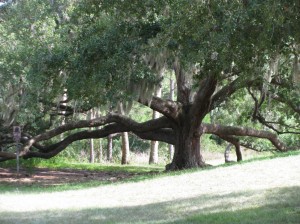 The land acquisition for Philippe Park occurred in 1948, although the lands owned by Odet Philippe apparently included the City of Safety Harbor as well. The park is mostly an open area space with an abundance of trees. A single road leads from one end of the park to the other while a second road branches off to the base of the temple mound site. Previous to the upgrades in the 1980’s, the park served as an open space playground for the kids and a picnic area for families. Shoreline erosion created fun play areas for kids under the cover of exposed tree roots while rolling down the temple mound was a highlight for the little ones. Because of the erosion, and because Native American artifacts were being lost to erosion and looting, a sea wall was built in the 1980’s as well as the stair system that leads up the sides of the mound.

Today at Philippe Park you will find large picnic pavilions, walkways along the waterfront, trails, restrooms, two playgrounds, a baseball diamond, a volleyball court, a boat ramp, secluded parking spaces for fishermen, and a scenic drive to the north end of the park. 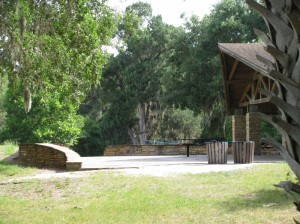 The scenic drive through the park is made a one-of-a-kind experience by the remarkable oak tree hammock that spreads over the road midway through the park. For families, we recommend the playgrounds and the picnic areas, as well as the historic mound. Adults will enjoy the scenic drives, fishing, waterfront walks, or bicycling the length of the park. Philippe Park is a good choice for anyone who enjoys shady waterfront parks or firsthand ventures into the history of Florida.

How to Successfully Use Vacation to Relieve Stress