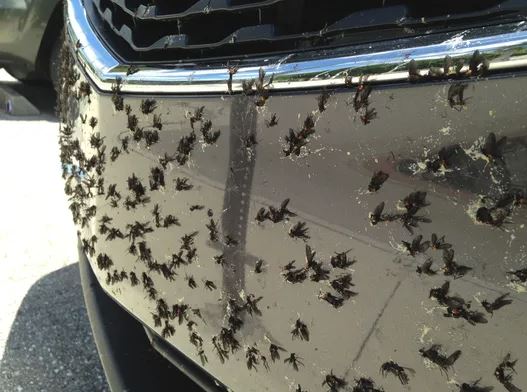 What the heck is a love bug and why are they so annoying?

Every year during the months of May and September we are inundated with swarms of little black annoying bugs that get stuck on the hood of our cars, swarm in around our faces and are generally just despised by every human that has ever been in contact with them.

There is a lot of misinformation spread about these bugs so we’re here to dispel the myths and give you the facts about these bugs. They have been called many things over the years, honeymoon fly, telephone bug, double-headed bug, united bug, and March fly.

Fact: Love bugs are not actually “bugs” they are actually in the same family as flies. 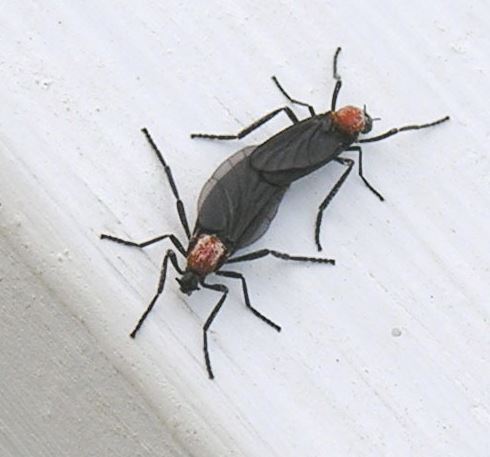 Fiction: Love bugs were a science experiment gone wrong. There are many rumors that these insects were a Frankenstein-like creation concocted in the labs of the University of Florida. This is false. They can claim Gatorade but not love bugs.

Fact: Less commonly known as plecia nearctica, love bugs are native to Central America and were brought to New Orleans via cargo ships in the early 1900’s. They spread throughout the southern US.

Fact: Love bugs are not harmful to humans. They do not bite or sting.

Fiction: They eat mosquitoes. Another myth here, these bugs do not eat any kind of insect. They feed off of pollen and nectar found in flowers only. Furthermore, they have no jaws or grasping legs to be able to kill mosquitoes.

Fact: Love Bug larvae feed off of decaying plant material which helps to convert plant debris into organic components that can again be used by the growing plants.

Fiction: Their blood is acidic. This is a common myth because of the damage it causes to our cars’ paint. In truth, it’s not their blood eating the paint but it is the heat from the sun reacting with the microorganisms that occur during decomposition.

Fiction: Love bugs have no natural predators. Even though they are not a native species, they have been found in the stomachs of birds.

Fact: Love Bugs mate for 12 hours straight! The female flies into a swarm of males and hooks up with one of them. They attach at the abdomen, mate for 12 hours then the male dies but still hangs on lifelessly to the female as she draws every last drop of life-giving nutrient from her mate. This lasts for a day or two until she detaches, lays eggs (up to 600 or so)and then dies.

So yes, love bugs are annoying, yes they are messy but the good news is they are harmless and only hang around for a few weeks out of the year.