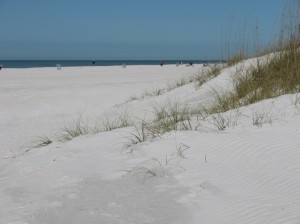 We enjoy welcoming people to Clearwater Beach and the other beautiful white sand shores of our home, Pinellas County, Florida. While investigating what makes our vacation paradise so interesting, we came across various collections of facts about Florida and our home county that were unique. We’ve distilled a few of the more relevant ones to share with you here on our Florida Beach Rentals blog.

Seven Mile Bridge: Florida is home to the nation’s longest bridge, Seven Mile Bridge, which spans the Florida Keys. Instead of building the spans over the open waters, they constructed it elsewhere and shipped the completed pieces to the Keys to be connected.

Florida Oranges: Florida produces about 70% of the Unites States’ oranges and roughly 40% of the world’s oranges.

Longest Coastline: Florida does not have the longest coastline in the United States! Alaska has more coastline, we come in second.

Oldest City in the US: Saint Augustine, on Florida’s east coast, is the oldest city in the United States, settled by the Spanish in 1565 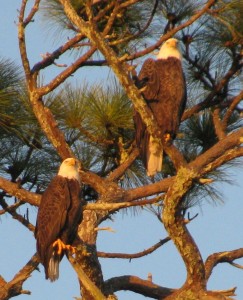 Most Southern State in the U.S.: Florida is not the southernmost state in the United States! Hawaii is farther south, we come in second.

Florida Bald Eagles: The second largest breeding population of bald eagles in the United States is in Florida. That comes as no surprise to those who live in Florida, as our state is a birdwatcher’s paradise. 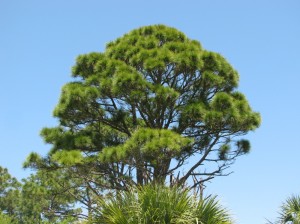 Pines VS Palms: The name of our county comes from the Spanish “Punta Pinal,” or “Pine Point.” You can see some of these beautiful and abundant pine trees today by visiting Honeymoon Island State Park. The nature trail at this fantastic park is shaded by the pines that gave Pinellas County its name.

Longest Sidewalk is in Tampa: Tampa lays claim to having the longest continuous sidewalk in the country, weighing in at 4.5 miles. The waterfront sidewalk is popular for walking, biking, and skating for good reason. It winds along the bay, with views of beautiful old homes, the active waters of Tampa Bay, and the Tampa skyline. It is also the location of the yearly Tampa Gasparilla Pirate parade.

Fountain of Youth: The waters of Espiritu Santo Springs rise to the surface at Safety Harbor, Florida. The springs were discovered by explorer Hernando De Soto, the namesake of breathtaking Fort DeSoto Park at the southern reaches of Pinellas County. Some legends suggest that he was looking for the Fountain of Youth. Local Native American Tribes knew of the springs, and, as time went by, so did the world, the location becoming a renowned destination for those seeking its touted curative powers. A resort now rests over the site, where visitors can still enjoy the famous spring waters.

First in Commercial Aviation: While the Wright brothers hailed from Ohio, creating the state motto, “First in Flight,” Florida’s Tampa and Saint Petersburg earned the accolade for the first commercial passenger flight. A scheduled service for passengers wishing to cross Tampa Bay was run by aviator Tony Jannus, beginning on January 1, 1914.

Cigar Capital of the World: Ybor City, named after cigar manufacturer Vicente Martinez Ybor, was once touted to be the Cigar Capital of the World. Ybor created remarkably good conditions for his cigar workers and many of the buildings in which they resided are still standing. It is estimated that Ybor City created 700 million cigars a year. Located north of the City of Tampa, Ybor City is a fascinating destination for history buffs.

Sunshine Skyway Bridge: The Sunshine Skyway Bridge is another example of the modern style of bridge building in the Tampa Bay area. The new style replaces drawbridges with spans built high enough to accommodate passing boats, including the tall masts of sailing vessels. The Sunshine Skyway Bridge is 4 miles long, including the causeway, and is built to accommodate not only sailboats, but rather full size ships, crossing the waters at 190 feet. Stopping is allowed on the causeway but not the bridge span. However, the views while driving, even from a vehicle of ordinary height, are spectacular.

The Pinellas Trail: Built upon a former train route, the Pinellas Trail runs from the north end of the county to the bottom, then curving to cross the width of the county, arriving at last at the St Petersburg waterfront. It has apparently earned the accolade of being the longest linear urban trail in the eastern United States.

People and Parks of Pinellas County: Pinellas County is a fun place to live. The small peninsular county has loads of shoreline, residents never being more than 15 miles from the coast. The western shore is lined with beautiful white sand beaches and the eastern side faces sparkling Tampa Bay, with a scenic drive along the mangrove coastline. Because of those facts, it has become one of the most popular places to live in Florida. In addition to the remarkable coastlines, Pinellas County offers 4,242 acres of parkland and 15,525 acres of preserves, all of which are found in the second smallest county in the state.

How Big is your Vacation Activity Zone?