Beaches on the move 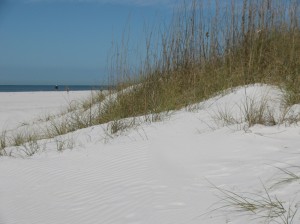 The beaches along the Florida Gulf Coast are among the best loved beaches in America. The soft white sand is soothing to the feet and glows brightly in the sunshine. The pleasant nature of the sand makes the beaches famous, and the area has become a favorite vacation destination. What visitors to the area might not realize, however, is how much Mother Nature can move around that soft white sands.

Effects of Wind and Sea on the Beach 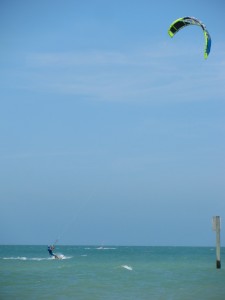 A visit to the beaches of the Central Gulf Coast of Florida will introduce you to the powdery white sands of which we speak. While pushing  your toes through the sands, your feet will tell you how soft the tiny grains are. Some call it “sugar sand” while others compare it to powder. On a day with higher winds, you might feel the sand gently blowing across your ankles. Over time, this can create a considerable effect. In addition to the wind, the weather patterns create different currents offshore. Over time, the effects of wind and water can significantly change the beach landscape.

Mangroves and Sand Dunes on the Florida Gulf Coast 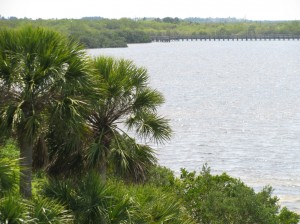 While you visit the beaches of the Florida Gulf Coast, you will notice two things; mangrove trees and sand dunes. Mangrove trees are easy to identify from their sturdy root systems that lift the trees up over the sand or water. These trees help to clean the water while protecting the shoreline from erosion. While a shore of mangrove trees may not be as appealing to some as a wide-open, sandy beach, the trees are an essential part of the Florida coastline. Mangroves can even withstand the powerful forces of hurricanes, protecting inland areas from many of the storms’ effects.

Sand dunes may sometimes block the view of the open sand and sea, but they form an irreplaceable function for the beaches. They store sand for times of greater erosion and help to block the flood waters during storm surges. A beach without dunes is far more vulnerable to erosion than one with a healthy dune system. On your Florida vacation, be sure to treat the mangrove forests and the grasses on the sand dunes with the respect they deserve.

History of Shifting Sands on the Florida Gulf Coast 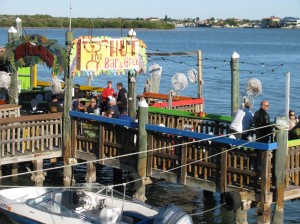 The most famous story of our changing shoreline comes from a location known as John’s Pass, currently a fun tourist day trip destination. However, the popular boating route and tourist stop of John’s Pass did not always exist. The barrier islands along the coast of what is now Pinellas County continued uninterrupted past the present day channel. According to local history, a storm in 1848 washed away the sands and left an opening in the barrier islands, connecting the Gulf of Mexico and the intra-coastal waterway. The passage is now an essential route for boaters that includes a large drawbridge. Waterfront dining and shops have capitalized on the location, which is a plus for tourists to the Central Gulf Coast. 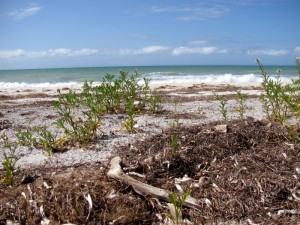 The second, well-known change in the shoreline was started in 1921 by a hurricane. The water channel known as Dunedin Pass was altered by the storm, and in combination with other forces, caused the sand bar at the north end of Clearwater Beach to migrate northward until the pass closed. It is now possible to walk from Clearwater Beach to Caladesi Island, although locals have not allowed Caladesi’s status as an independent island to fade. 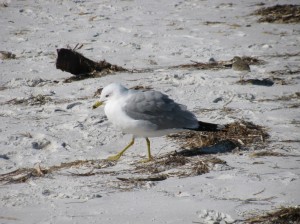 Another unique feature of the local coastal landscape shaped by tidal forces is Three Rooker Bar. This land feature began as a sand bar but now is a tiny island supporting both plant and animal life. Thanks to the quickly changing landscape of Three Rooker Bar, you will find it listed online as both an island and a sand bar, depending on where you look. If the forces that made the sand bar continue, not only will the title of island remain, but the island will continue to grow in size.

Florida Gulf Coast has a Tradition of Change 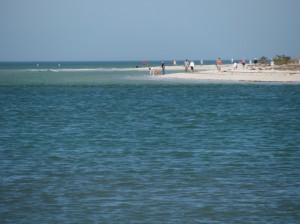 The beaches of the Florida Gulf Coast have a tradition of change. While mankind can and does have an effect on preserving beaches, the landscape will continue to shift. You can experience this process for yourself by visiting the channel that runs between Honeymoon Island and Caladesi Island. This passage owes its existence to the hurricane of 1921, thus giving it the name Hurricane Pass. You will find long spits of soft, white sand reaching out toward the passage from both islands. You will also see large, areas of sand just beneath the surface, many of which you can walk on during low tides. If you are lucky enough to return to the beaches year after year, you will notice a marked change at Hurricane Pass. The sands on either side of the boating channel are in constant flux. The shape of the beaches changes visibly, while the sand bars move from one location to another. 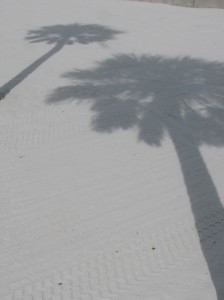 Your beach holiday on the shores of Florida’s West Coast will surely be amazing. The beaches are renowned for their soft white sands and wonderful weather. You can choose between a manicured public beach or the wild shores of the less-visited barrier islands. In fact, you can visit both during the same day! Keep in mind that the beaches you walk upon might appear the way they do just for you, right at that moment. The next time you visit, you can then see if you recognize the subtle changes in our beaches. Finding the differences can be entertaining so be sure to bring your camera. It might be fun to add the changing sands of the Central Gulf Coast to the list of beautiful sights you will see on your Florida vacation.