New York City has expanded their ferry services to a new level using sleek, high speed ferries. In 2016, NYC’s mayor, Bill de Blasio, gave the contract for the construction of those ferries to a company named Metal Shark, whose shipyard is near Lafayette, Louisiana. If you’re thinking Louisiana is a long way from New York, you’re right! 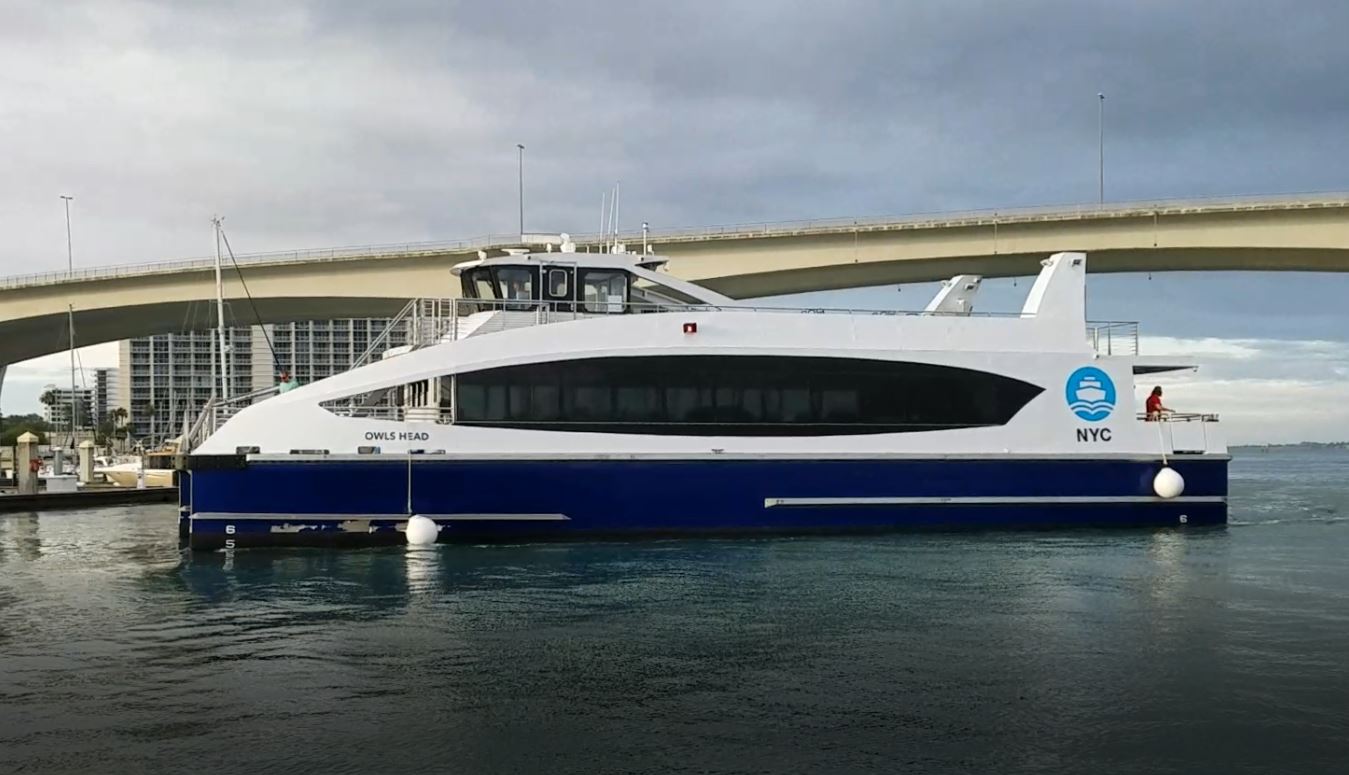 The journey from Lafayette to New York City is over 1400 miles by land, and that’s the short route. By sea, the journey is much, much farther. The small obstacle of the State of Florida stands in the way. Our estimate puts the journey at around 2700 miles, give or take a few hundred miles. That’s roughly double the distance.

The journey begins on a small man-made channel on the coast of Louisiana that opens to the Gulf of Mexico. From there, the coastal route leads past Mississippi, Alabama, around all of Florida, then up the coasts of Georgia, South Carolina, North Carolina, Virginia, Maryland, Delaware, and New Jersey. The final stop in New York City waits at the end.

We learned about this intriguing journey just recently when a pair of NYC ferry boats cruised into Clearwater Harbor to dock for the night. Apparently, our fine city and amazing beaches are on their list of stops. With the boats docked overnight, did the crews get to enjoy Clearwater Downtown and Clearwater Beach sights and activities? We hope so.

Fun in the Autumn Sun on the Florida West Coast

Ditching a Car for the Ferry to Clearwater Beach