Does life aboard a sailboat seem like the life for you? Have you ever dreamed of sailing away to see the world? It’s been done, but it’s probably something you want to be prepared for. Of course, a short recreational sailing voyage and making a sailboat your home are two very different things. Regardless of your plans, you’re going to need a place to moor your boat when you arrive at your destination. You are going to have to know if that’s allowed, and where, don’t you think? 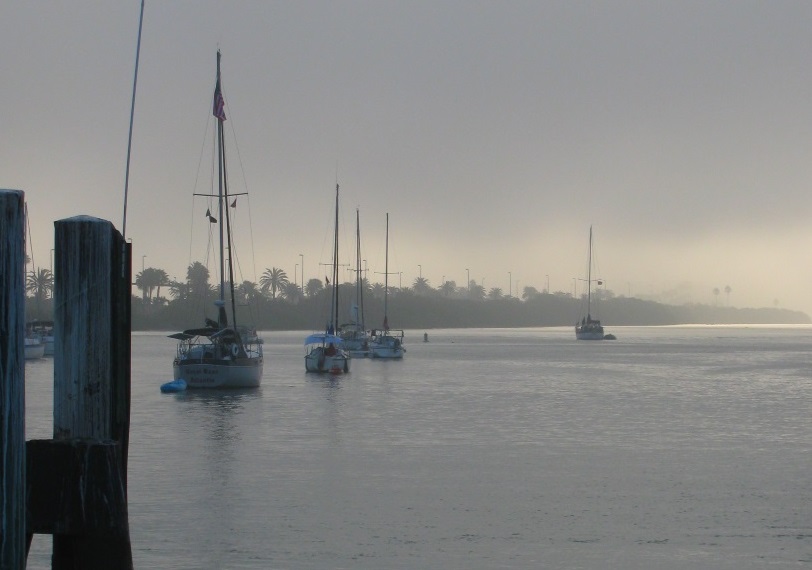 The concept came up while we were talking about sailboats moored in our harbor here at Clearwater Beach. There are plenty of them. Some people are making long stays of it, enjoying one of the most beautiful places in the USA. Others are passing through, their sailboat soon to be off to another harbor. 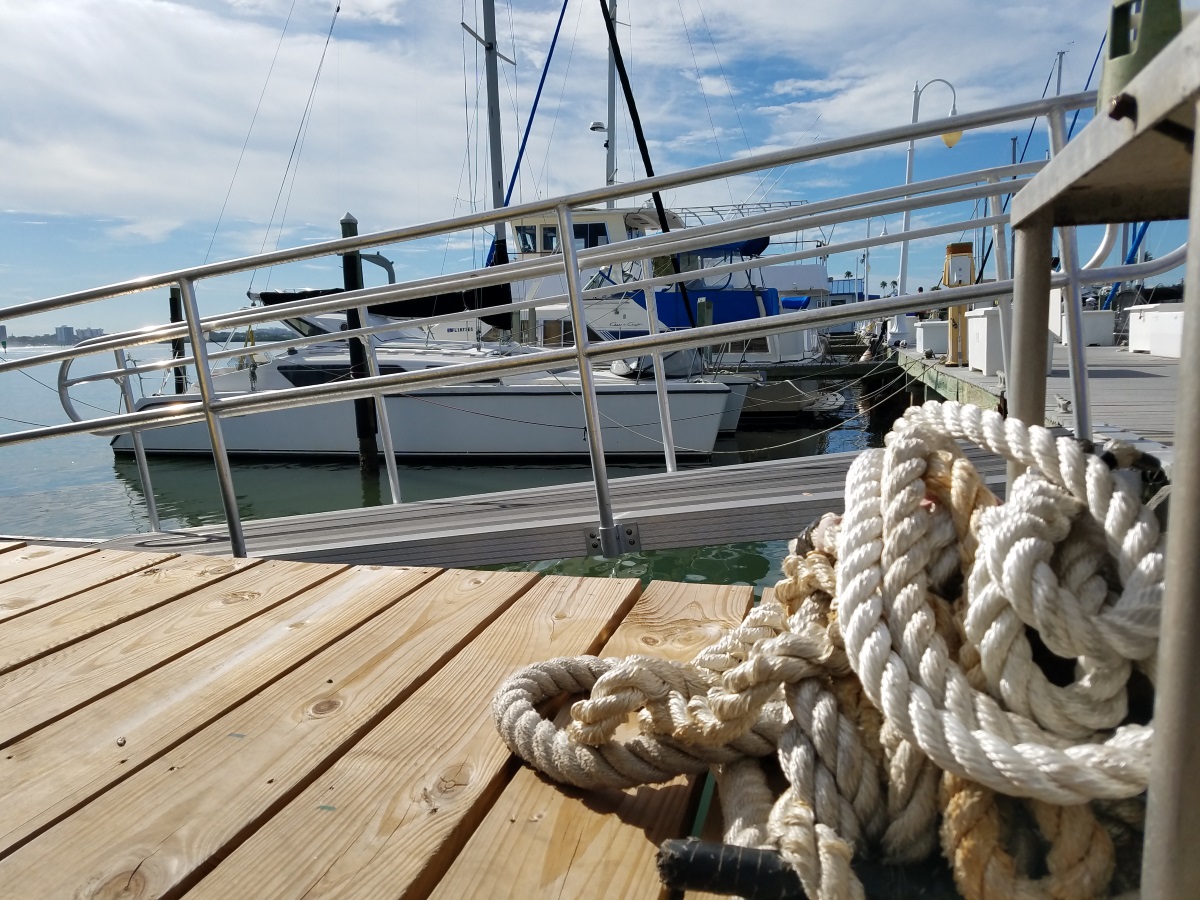 We searched high and low for the regulations on mooring boats in the harbor. The closest we came was a survey asking Florida residents what they thought regulations ought to be. The issues included how close to the shore could you moor, how long could you stay, and how would you find out what the regulations were. It was simply an opinion survey, speaking rather clearly about what kind of regulations existed. Apparently, they didn’t.

The good news is that the reality of having boats floating in the harbor seems to cause no problems and, perhaps, that is why the regulations are lax. Life aboard a sailboat may be difficult enough to inhibit its proliferation. The local talk from boaters is that moored boats only capture attention of harbor officials when they are abandoned and in poor repair. With that noted, any real problems are probably well in-check by authorities. 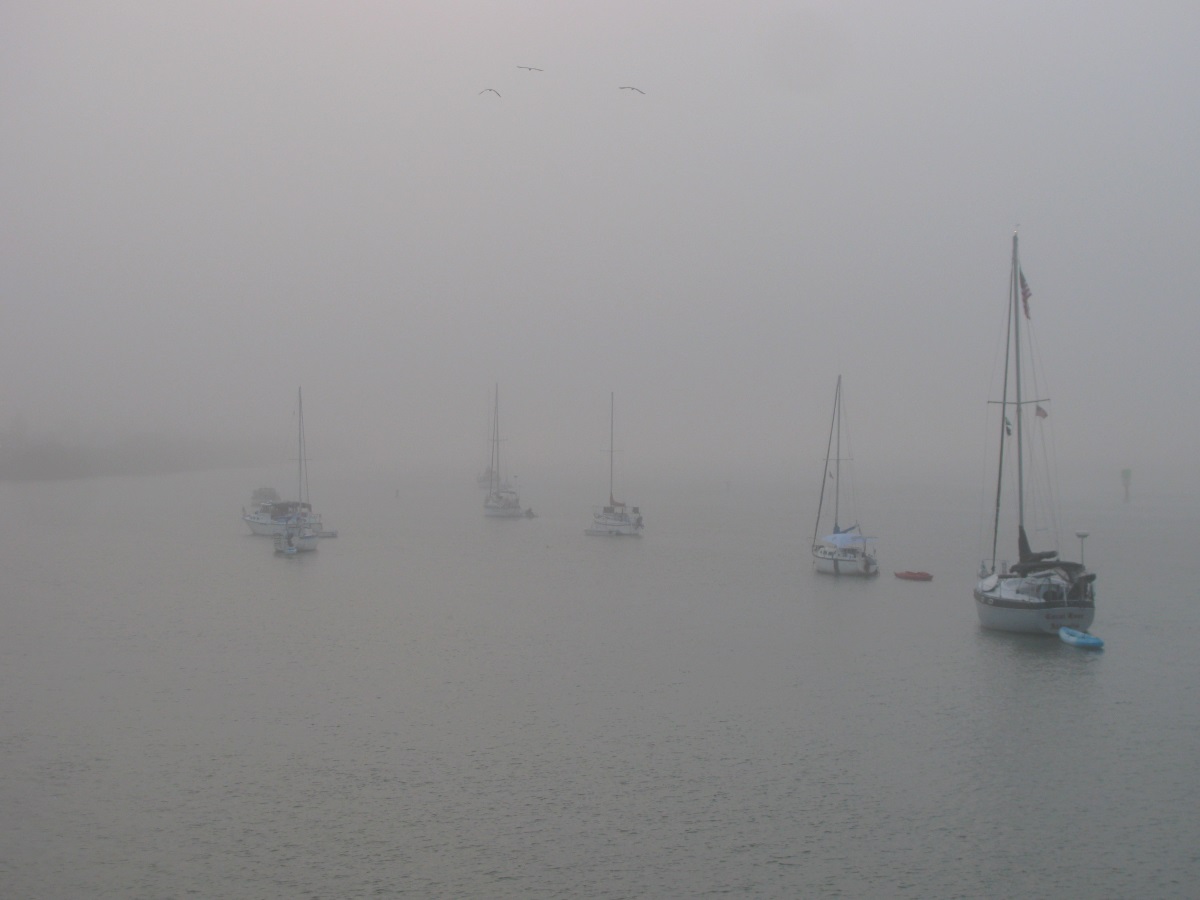 Some parts of the harbor are dotted with such boats, all of them sailboats. Other vast areas are empty. That begs the question, how would one know where to moor? It became obvious why one of the prominent questions of the survey we read dealt with boaters discovering what regulations existed. Our online search took a bit of time and came up with next to nothing. It seemed the issue was, one might say, in uncharted waters.

Two Days of Winter in Florida