Congratulations, it’s a dolphin. Cruising the waters of Clearwater Harbor, St Joseph Sound, Boca Ciega, or other calm harbor waters on the Florida West Coast, you might get to view a very special sight. It’s baby dolphins, swimming alongside their mothers. The season for their birth centers around May, after which you have a chance to sight these tiny wonders.

Dolphin calves need to breath more often than their mothers, making them a bit easier to spot. If it’s after May, keep your eyes peeled for the tiny fins alongside the larger ones. We don’t want to get too mushy here, but they’re pretty darn cute. 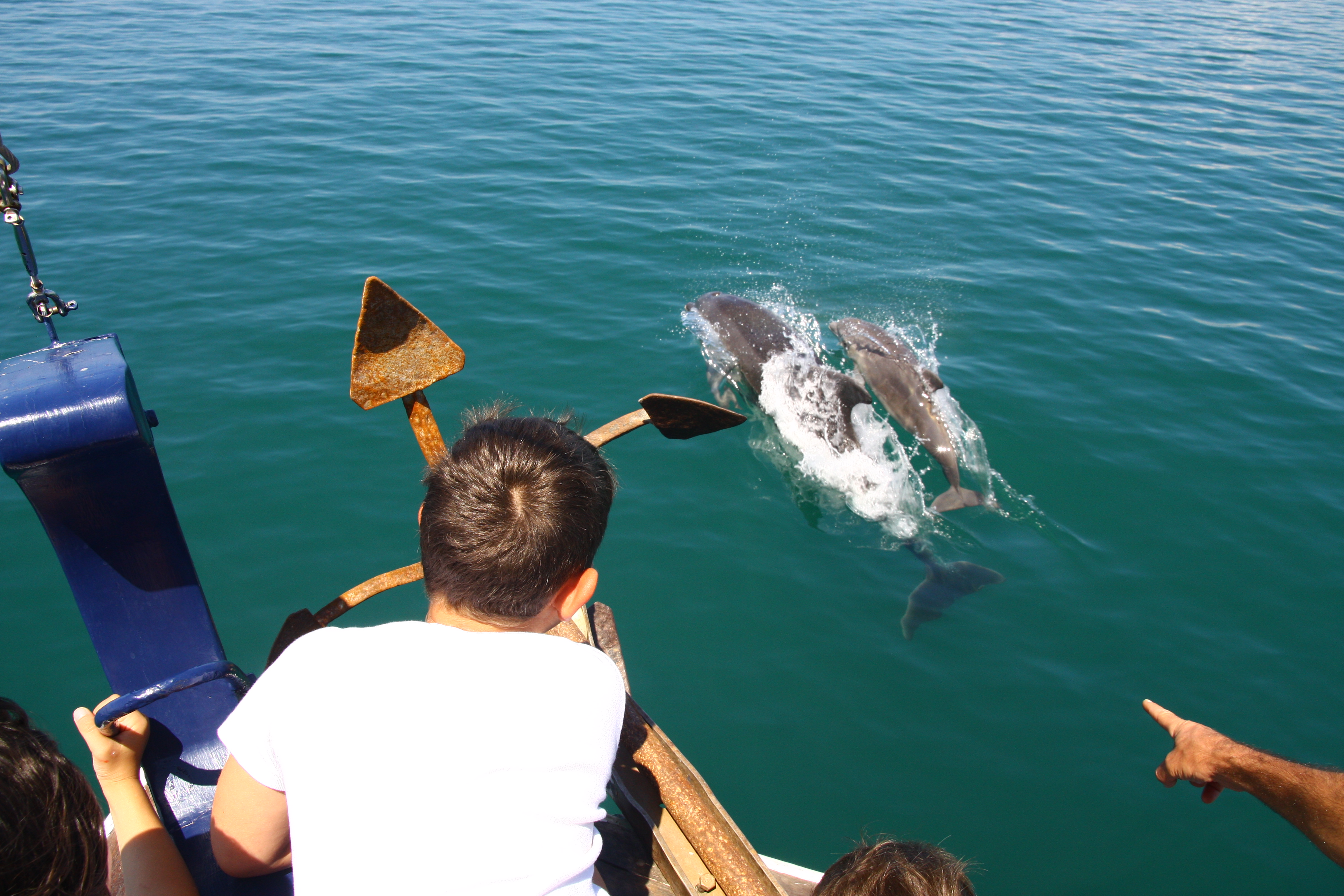 The good news for sighting them is that their mothers are accustomed to the boat traffic here along the Florida Gulf Coast. That keeps them both safe and visible. The mothers know how to avoid the boats but they also don’t seem to hide their young from them either. Thanks to the protection of the species, dolphins have little to fear from people while in our channels.

If you love wildlife sightings and think dolphin calf viewing would be a thrill, you’re going to have to get out on the water. Living here we get to see them more often than others. We get out on boats a lot so the odds are in our favor. What that means for visitors is that you have to do two things to see baby dolphins. One, arrive in the few months following May. Two, get out on the water. How you do that is up to you.

Here’s a dolphin spotting tip for you. Before a dolphin surfaces, you will often see a circular swirl in the water. It is made by the dolphin tails and is strong enough to interrupt the small waves of the harbor. If you are keen enough to see the circular swirls, just wait with your attention fixed on that area. Somewhere nearby, a dolphin may surface. The disclaimer here is that it might also be a manatee. That’s a win-win though, isn’t it?

Come see us here on the Florida West Coast and, if you are here in the late spring, join us for some dolphin calf watching!

A Slow Ride up the Withlacoochee River