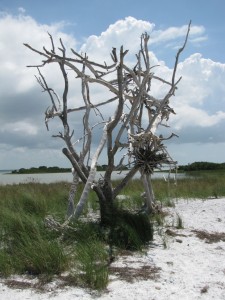 Three Rooker Island is the most recent of the barrier islands to emerge, according to Wikipedia, although the accolade of newest island now actually goes to the sand bar north of Anclote Key. Anclote Key is estimated to be 1000 years old. That makes Three Rooker Bar an island which emerged very recently. Not surprisingly, it is a shoreline on the move. The light-weight sands that comprise the island are easy for wind and water to pick up and move.  Storms which push additional amounts of water are also a major factor in shaping the juvenile island. According to locals, Three Rooker Bar has split, reformed, and split again in just the last decade. During our visit, a strongly flowing channel of water divided the two halves. The islands of the area are constantly on the move, with the shores often appearing different the next time a visitor stops by. When you tour Three Rooker Bar, take a good look. It will only appear in that condition for a short while. What you find on your next visit will be a new surprise.

Three Rooker Bar is three miles off the coast of Pinellas County, Florida, where the cities of Palm Harbor and Tarpon Springs meet. For those who need more general orientation, it is in the Tampa Bay area but is in the Gulf of Mexico, not the bay. The island is part of the Anclote Key Preserve State Park, being the most southern of three islands. It is only accessible by boat. For your boating GPS, it lies at coordinates 28.119170, -82.842028. 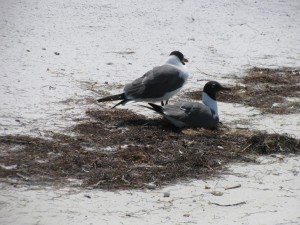 Because the island is part of the Anclote Key Preserve State Park, it is important not to tread across areas that are marked off. Anclote Key Preserve is a nesting place for many species of birds and is also used by nesting sea turtles. During certain seasons, the park service will rope off areas of Three Rooker Bar and Anclote Key to protect the nests. That is also why taking dogs to the island is not permitted. So, if you see areas marked or roped off, respect the zones and keep your visit to the other parts of the island. 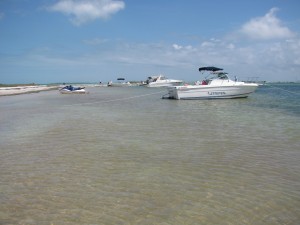 Three Rooker Bar is accessible only by boat and is approximately three miles off shore. That means you have to own you own boat, rent a boat, or hire a charter. Rentals and charters are easy to find, although renting a speedboat should be done with caution. The Gulf of Mexico is shallow, especially along the shoreline and in the harbors. It is easy to run aground on a sand bar. Smaller, personal watercraft are the most affordable but, for kayakers, days with lower winds and waves are recommended, since the three mile stretch is directly across open water.

The challenges of getting to the island inhibit visitation, and that low level of visitors makes for a private, or at least semi private island experience. Be advised, that on some occasions, such as major holidays, the island can fill up with boaters and become a pretty wild party atmosphere. On most days, however, it is a peaceful location to stroll the shores, collect shells, fish, catch sun, or just relax.

Three Rooker Bar is the one of the most beautiful locations you will find in the area, perhaps even in the United States. If you like beaches, remote locations, white sands, boating, and sunshine, this island is a perfect destination for you. Just be sure to respect the island while you are there. You just might find your own private paradise. 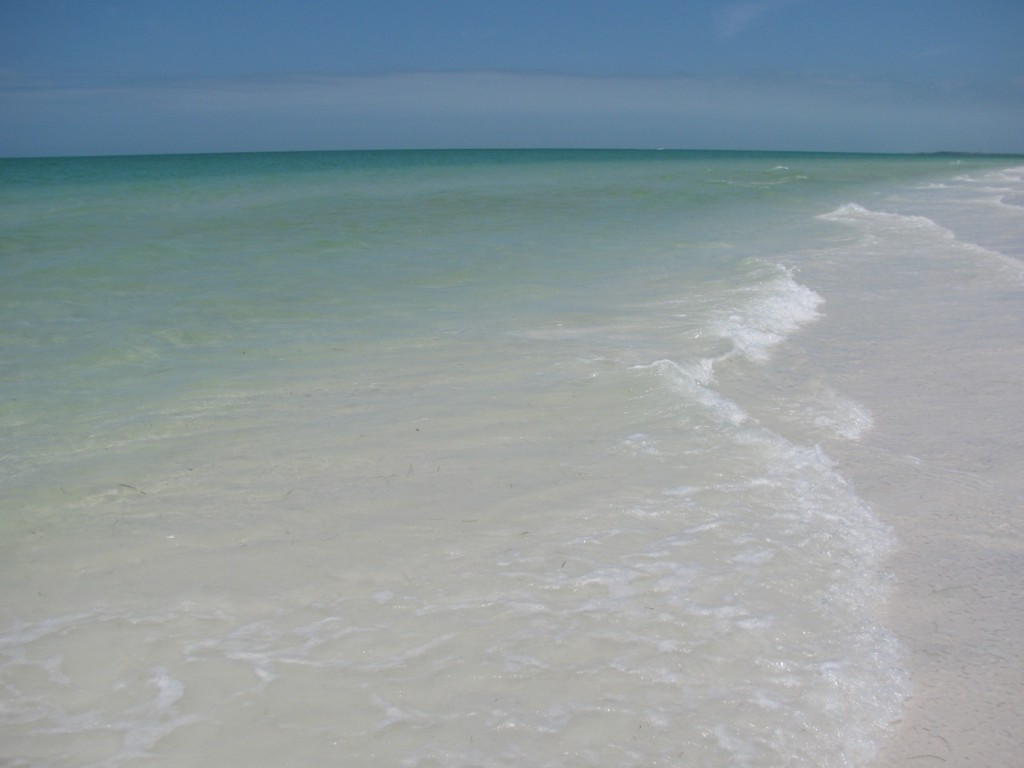 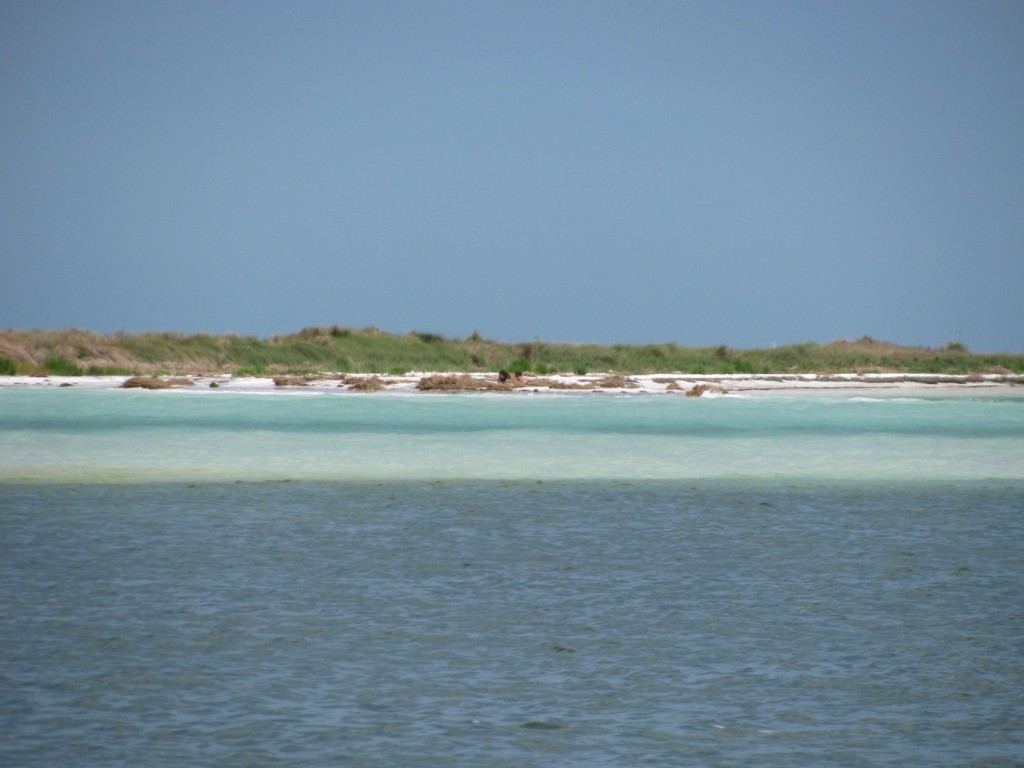 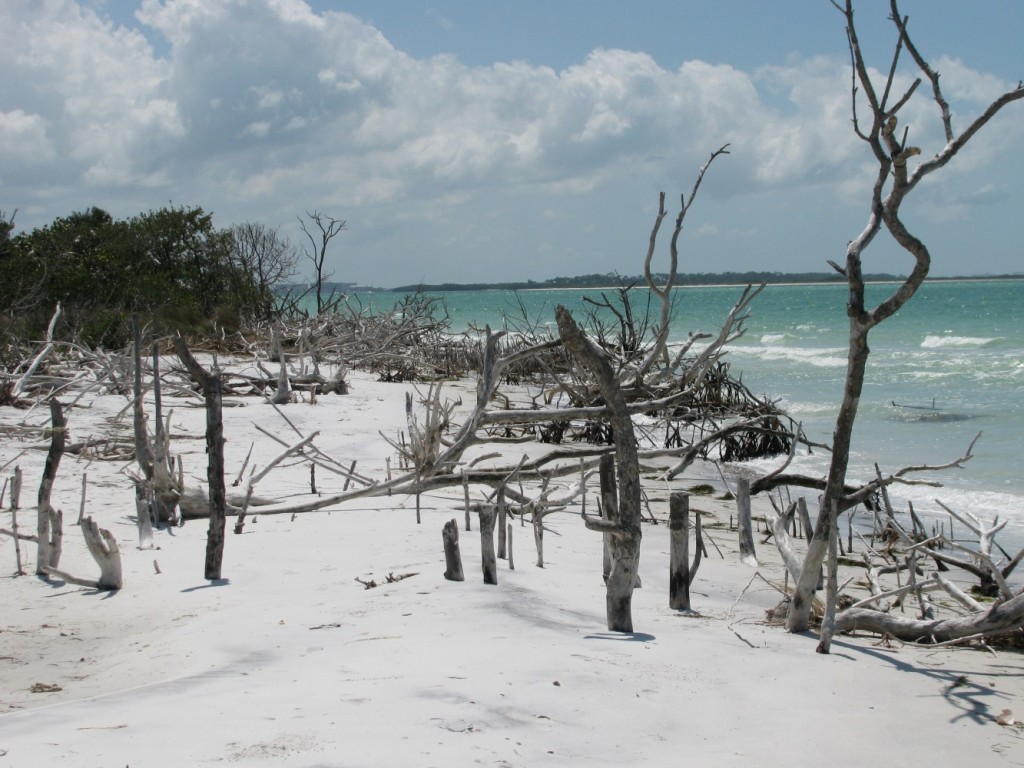