An escape room has arrived in downtown Clearwater. This latest international trend in entertainment is now a part of the scene in one of America’s favorite vacation destinations.

Beginnings of the Escape Room

Escape rooms perhaps first appeared in their most basic forms in role playing games where players had to sort through only a handful of unseen and imaginary items described only in text. Nowadays, digital escape games are easy to find on the Internet. They range from mundane settings like an office to more imaginative scenes where players escape monsters by escaping the room. The games involve logic and math puzzles that, when you solve them, offer a piece of the overall puzzle.

Solve all the clues and you can escape. Sometimes the final riddle provides a key, other times it is simply a means to get away, such as an open window. An added feature to most of the digital games is a time limit. For the online game we “researched,” a hungry bear would enter a cabin in the woods if the player was unsuccessful at getting out in time.

Within the last decade, Escape Rooms have entered the realm of reality. Small groups can enter a real life room containing various clues and riddles. The door is locked and players are left to find their way out. The variety of puzzles is endless. Some are purely intellectual while others are hands on. Some escape rooms require players to dismantle furniture to find clues. In most cases, a combination of brain twisters and hands on manipulation will get players to the right answers. Played against a clock, the reward is the escape itself. 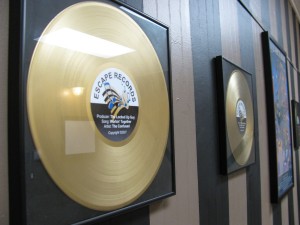 Tampa Bay Escape Room is located in downtown Clearwater, Florida, on Cleveland Street, a popular boulevard known for holding outdoor markets and festivals. Tampa Bay Escape Room describes their experience in this way; “An Escape Game is a real-life escape game that consist of players, in groups of 2-8, that are locked in a room and have 60 minutes to find clues, solve puzzles and work together as a team to escape the room before time runs out.”  Inside the suite, players wait in a lobby for their game time to begin. Once instructed to enter the room, the Tampa Bay Escape Room host gives instructions on how the game is played. 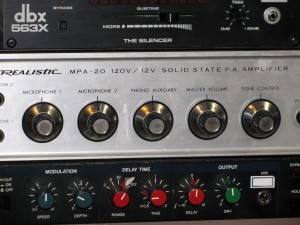 We were assured that for our room the furniture did not come apart. A panic button to escape early was pointed out for any who might not enjoy the experience. The room was entitled “Music Producer,” appearing much like one would imagine such a person’s office would look. It had no lack of clues and puzzles. Our Florida Beach Rentals office entered the game in two teams, each vowing to escape in less time than the other. While describing the means of escape would make for an interesting article, the game is simply too enjoyable to destroy it for others by giving away clues. 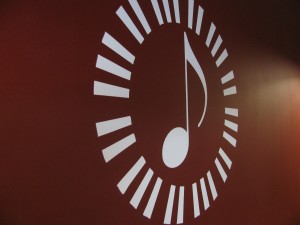 What I can say is that both teams thoroughly enjoyed the game, Team One escaping in 37 minutes and Team Two in 42 minutes. Our office often looks for venues to recommend for rainy days and this is now definitely on the list. The current price, which matches the national average for escape rooms, is $28 per person. Is it worth it? Yes, it is. This escape room adventure earned 5 stars from everyone on our crew.

The Segway Adventure at Clearwater Beach