Tucked away in a sleepy Florida community is an item around which much local history has spun. The item drew Native Americans to live at the site and subsequently became the focus of visits by Spanish explorers and conquistadors, and then pirates. European settlers followed. What had the power to gain the attention of so many peoples throughout history? What began one of the first settlements in Florida that almost become a major city? A well, of course, delivering fresh, clean water to inhabitants and passersby. 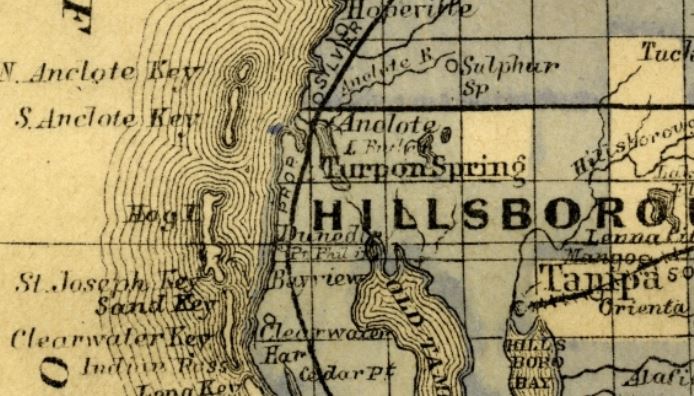 The place, in present day, is called Anclote. It is a small, quiet, Florida community tucked away and rarely visited. It is not on the way to many things, except for a county park where the well once stood. It sits at the mouth of the Anclote River, the word Anclote coming from “anchor” in Spanish. Oaks spread their long branches over the roads, casting shade on drivers passing through. Aside from the small number of residents, only those on the way to the park pass through, other than the occasional scenic driver. The community began as place of importance, one of the first settlements in Florida. Others communities that share that distinction have grown to major cities with household names. For Anclote, the twists and turns of history would not favor that outcome.

Life surrounding the site began before written history, when Native Americans discovered the fresh water source and built a proper well. Had water trickled up from the ground to let them know? Springs in the area are common. The nearby community of Safety Harbor is founded on one. Many more sources of fresh water exist unknown to most, pushing up from beneath lakes or just off shore in the Gulf of Mexico. Sailor reported sources of fresh water which they could draw right from the Gulf. The Anclote river itself is fed by numerous underwater springs. A sharp eye can spot the eddies created by the flow of springs entering the river from below. The age of the well that the original inhabitants of the area discovered is unknown.

The first reports came from the Spanish who discovered and used the well. Unfortunately, for both the Spanish and the Native Americans living in what would someday be Anclote, conquistadors had come first and inspired hostility through use of violence. Conquistadors would not have asked to use the well but rather taken what they needed and killed any who contested. Later Spanish sailors would reap the rewards of that animosity by losing sailor lives to the native inhabitants when they attempted to use the well. 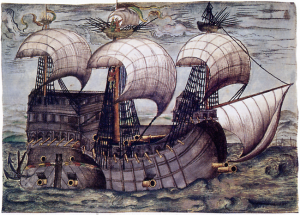 After a tumultuous history that included several wars, the lands of Florida became part of the United States.

Clashes with European visitors, new diseases, and the Seminole Wars ended the native settlements of Anclote. The shell mounds along the coast serve as a present-day reminder of the peoples that came before. Behind the Seminole Wars hovered the purpose of claiming the lands of Florida for settlement. Those at Anclote suffered the same fate as many Native Americans throughout the state. With the original inhabitants gone, settlers could then move into the regions of Florida, including the riverside lands of Anclote and its life giving well. It is said the first home builders in the area were former confederate soldiers.

Government incentives drew people to Florida. Civilization grew slowly due the harsh conditions, including unforgiving heat, mosquitos, illnesses like Yellow Fever, and wild lands filled with wolves, bears and cougars. The site of the Anclote well, by then known as the Spanish Well, boasted the largest community along the river, and was one of the oldest in the state. Fishing and sponge harvesting served as the main trades. The nearest store existed down in the present-day site of the Clearwater, Florida, seventeen miles south along roads of sand. The small community at Tampa required a similar long journey through forests.

Anclote poised to become a growing community, one that would sprout into a prime, founding city for the state of Florida. You might ask why the name is obscure instead of well-known as are Tampa, Clearwater, and St Petersburg, the major players in the area in modern times. The end of the focus on the community surrounding the Spanish Well began when Greek sponge divers arrived in the area and created a community on the other side of the river, the new site named Tarpon Springs. The sponge diving trade at Tarpon Springs put the Anclote sponge harvesters out of business. The true end to the importance of Anclote, however, arrived with the railroad which stopped at Tarpon Springs instead of the out-of-the-way Anclote. Civilization had chosen its route, and the small fishing village was not on it. 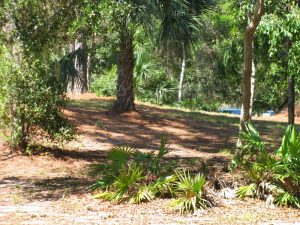 Anclote River Park now surrounds the site of the Spanish Well. In days gone by, the well, in disrepair, sat upon the park lands with a sign to mark it. At some point, park administrators with lack of foresight for the education of future generations covered the well over and took down the sign. A Native American shell mound, still greets visitors to the park, with a sign telling a bit of the site’s history. The well is nowhere to be seen, with modern-day amenities there instead, such as a boat ramp, picnic pavilions, and a parking lot. According to tales by Spanish sailors and old timers who lived in Anclote, the Spanish Well rested only twenty-five feet from the shore. 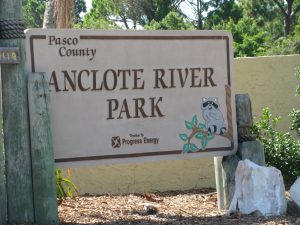 If you visit the Clearwater Beach–St Pete Beach area and find yourself touring the charming touristy town of Tarpon Springs, you might consider a short trip north to Anclote River Park. While the well is no longer there for viewing, standing in the park and imagining the history surrounding it is worth the trip.