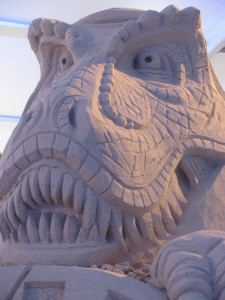 he Sugar Sand Festival made its second appearance at Clearwater Beach this April. The show ran from April 5th through the 13th. A large tent went up long before the event opened, getting the folks at the beach a heads up the festival was coming. The artisans got busy sculpting, all with the show’s theme in mind. This year, cinema was the theme, with the title of “Beach Walk of Fame.” Inside the tent, sculpted figures from Hollywood history were found along a ribbon of film also crafted from sand. Visitors viewed images from the very beginning of cinema, like Charlie Chaplin, through the most recent movies, including Dolphin Tale. 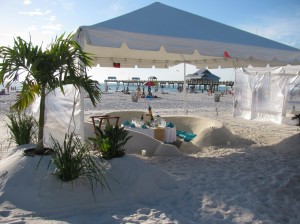 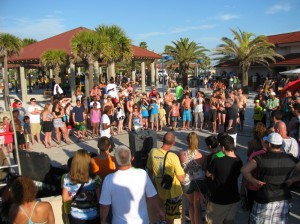 Pier 60 is a Clearwater Beach attraction every evening, two hours before and after sunset. For the Sugar Sand Festival, however, the vendors and street performers showed up every day, all day long. The usual Pier 60 fun was in overdrive. Clearwater Beach visitors were treated to non-stop entertainment. The pier was lined with vendors selling every manner of souvenir, while the street performers spread across a wider area than usual to accommodate the extra visitors. With a larger amount of people at the beach for the festival, Pier 60 was a hub of activity. 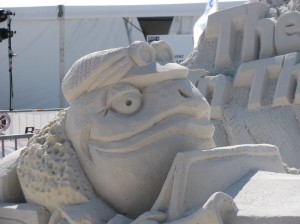 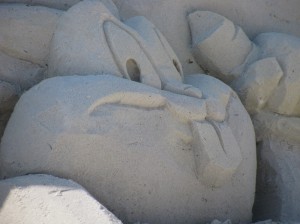