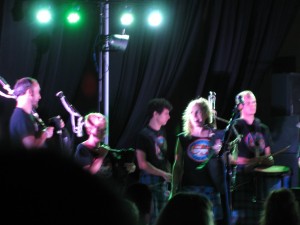 The Dunedin Celtic Music and Craft Beer Festival was a very lively event. When you think of bagpipes, you might imagine green fields with a handful of men in kilts playing a tune. If you attended the Dunedin, Florida Celitc music event, you might never think of bagpipes the same way again. We arrived after dark to the sound of wailing bagpipes from the high school band. The effect was a good one right from the start. Even from deep within the large parking lot we could see the activity on the stage was not static. Hands were waiving in the air while the sound of deep drum beats thumped into the sky. 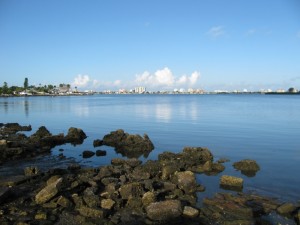 Dunedin occupies a fair stretch of the best coastline the Florida Gulf Coast has to offer. Situated between the tourist destinations of Tarpon Springs and Clearwater Beach, Dunedin boasts an active uptown section on Main St., several beautiful city parks, and world famous Honeymoon Island. It also runs along the inland side of Saint Joseph Sound, a waterway named Clearwater Harbor to the south. The pristine white sand beaches of Honeymoon Island and some of the best nightlife activities and festivals in the region makes Dunedin a name visitors should note. With a great history of successful events, it is no surprise that Dunedin put on a good show with the Celtic Music Festival. With great bands and a good selection of local vendors, including craft beer sales, the event was well-rounded entertainment. 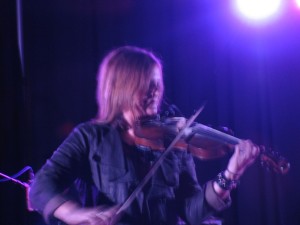 When the Dunedin High School band left the stage, the KIlldares took over, showing the crowd that bagpipes have come a long way. With a lively fiddle player, they drew a crowd to the stage with some great modern music –Celtic style. Following the Killdares came Celtica, a Mohawk wearing band that showed the crowd that bagpipes could truly take part in a rock and roll band. The crowd-pleasing tunes rattled our rib cages, and inspired the crowd to sing along. They ended off to shouts and applauding of a happy crowd.