The beach has always held a magical place in our imaginations. From early on, movies that immortalized beach settings became easy hits. Beach Blanket Bingo, Gidget Goes Hawaiian, Where the Boys Are, How to Stuff a Wild Bikini, and long list of others hit the movie theaters and sold well. For years after they left the theater, those movies played regularly on television. 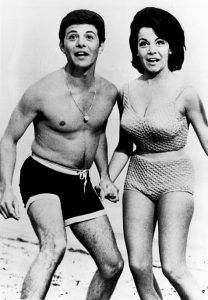 Following on the heels of the movie scene came the music about beaches. Jimmy Buffet and The Beach Boys led the movement but plenty of others joined in. Many of those tunes are played today as they continue to immortalize the beach.

It seems that most of those songs and movies are from long ago. The premier Franky and Annette beach movie Beach Party is 57 years old! So, the question is, did romancing the beach die out? Did it see its heyday and then move on to other things? 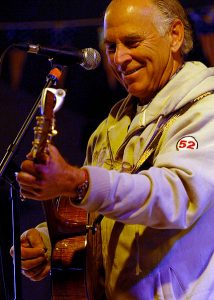 We don’t think so. The magic of the beach endures. If you don’t agree, look up the price of a home on the sands of a beach, well, anywhere. The beach has risen to prime territory in just about any way you can imagine, not just financially. People love coming to the beach and they will jump through quite a lot of hoops to get there.

Why is the beach so special? Scientists have said that water sends off wavelengths that soothe us. Others have suggested that it reconnects us with our primal ancestry. But does the connection need to be so deep? You might also consider the space you get on a beach. We’re not talking about your parcel of sand surrounding your beach blanket. We’re talking about the seemingly infinite reach of the sea. When you look out from the shore, the water goes on to the edge of sight, suggesting the reach of your view might go on forever. Then of course, there’s the simpler things to consider, like sun and sand. Sand just plain feels good on the feet and swimming at the shore is a lot of fun when the sun shining down on you. Beach Frisbee, volleyball, jogging, or just beach walks are simple joys. Throw in the attractions that beaches usually draw to them like good food or entertainment and it’s plain to see that it’s a fun place to spend the day. 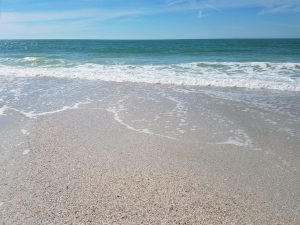 So, are the dreamy days of the beach a bygone idea? Of course not. The beach is everything it has ever been, and in some ways more. Beach communities have grown up and the people who visit the beach are better accommodated in most cases. Those mystic, wild beaches are still out there for the explorers while the manicured beaches are amply available for those seeking leisure.

If you are looking for the romance of the beach, it is there for you. It’s waiting, but be aware, you are carrying some of that with you too. When the two meet, that’s when you experience those magical moments that make a vacation great.

The Joys of the Treasure Island Kite Festival