Causeways have one purpose; or at least they’re supposed to. 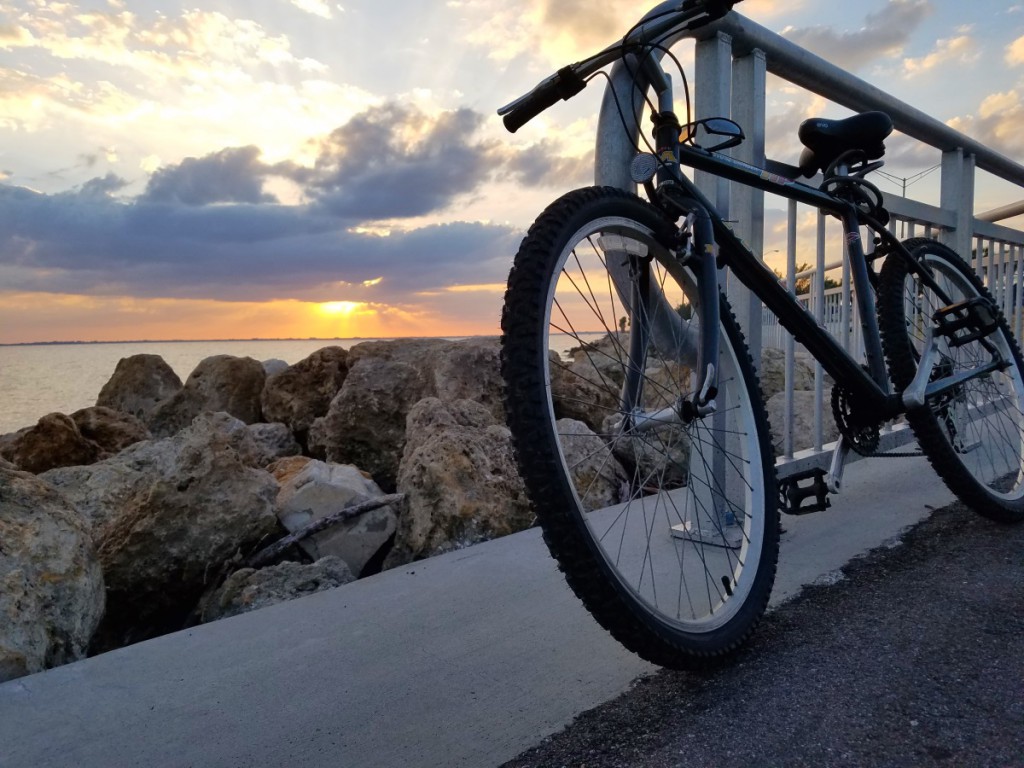 When a body of water requires a long bridge, one way to avoid a costly bridge of pure concrete is to pour dirt instead, creating a long strip of land on which to put a road. To maintain the flow of water and to allow boats to pass, true bridges are built along the way. The result is several long island-like structures with a few bridges hooking them together. And, just like that, you have a road across a large body of water that previously created a barrier for motorists. 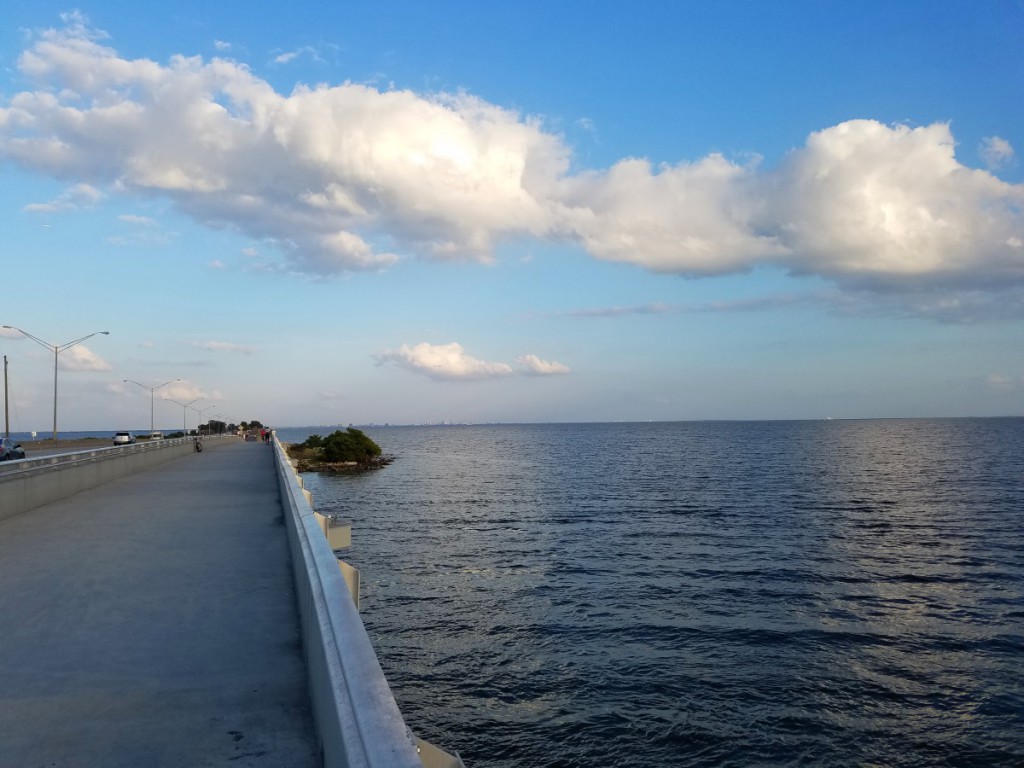 The Courtney Campbell Causeway spans the waters at the northern end of Tampa Bay, Florida. In one of the most populated areas of Florida, causeways like this one changed a drive that used to take two or more hours into one that now takes only twenty to thirty minutes. The Courtney Campbell is one of three such long causeways that cross Tampa Bay, connecting Tampa with St Petersburg and Clearwater, as well as providing access to a dozen other smaller cities.

While causeways were originally intended to do no more than support a road, the truth is that when you build and island, people will come. Causeways throughout the region have become recreational favorites for the people of the Tampa Bay metropolitan area. Since the “dirt” in Florida is actually sand, that’s what causeways are made of. Where sand meets water, you have a beach. It is easy to imagine why these areas become popular. Beyond the obvious attraction of sand and water is the relaxed atmosphere. Causeways are laid back areas where come-as-you-are applies. Parking often follows a similarly loose guidelines. While city codes do apply, such as no fires, for the most part you can do as you please. 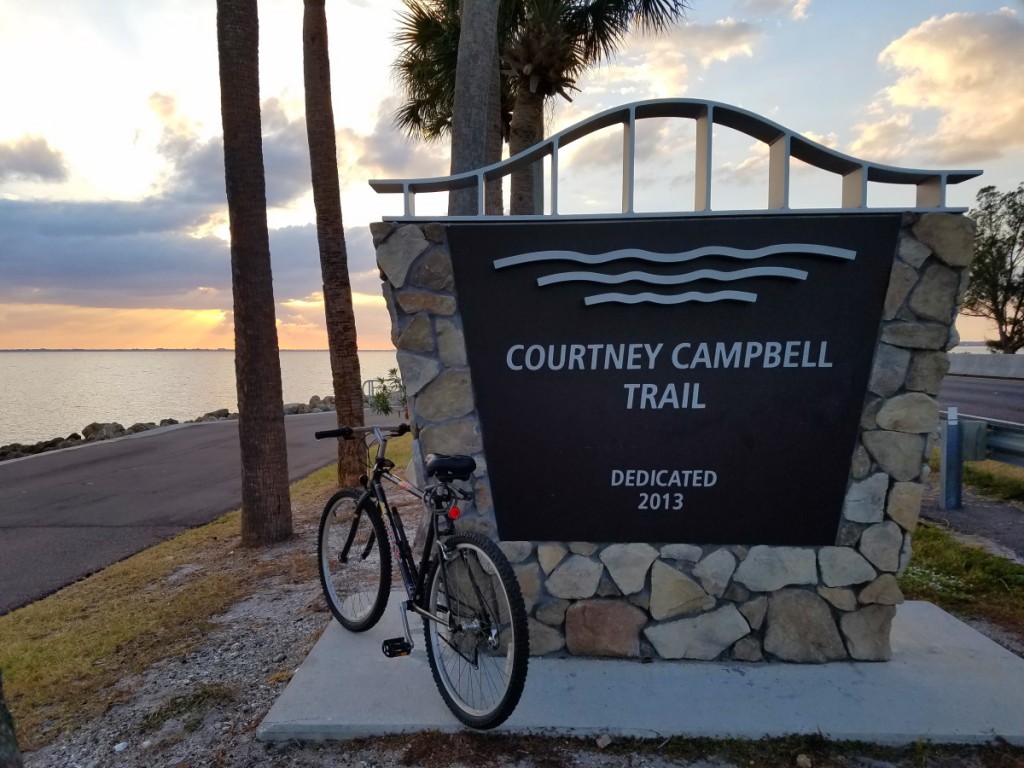 Regarding the tradition of public use and recreation on the Courtney Campbell Causeway, the cities of Clearwater and Tampa agreed. Like the great railroad built across the USA, the two cities built bike paths from their shores toward the opposite city, meeting halfway across Tampa Bay. The effort resulted in a ten-mile bike path linking the two cities together. The Tampa side completed in 2013 and the Clearwater side in 2015. The news was greeted by locals with enthusiasm. The drive between the two cities had always been known as a scenic drive, treating visitors who land in the Tampa airport with sweeping water views on their way to the beaches that are across Tampa Bay. With the new bike and walking path, the vistas were now open to everyone. 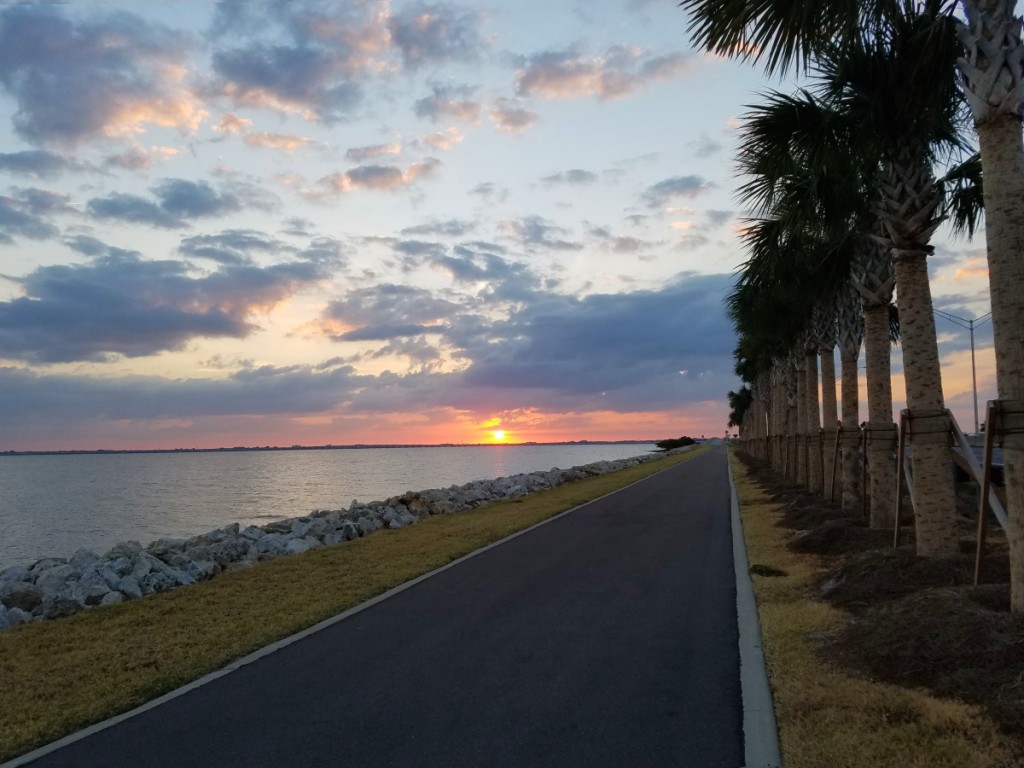 Making the most of the Courtney Campbell Causeway Trail

When I heard about the trail opening last year, I put it on my list of things to do. After moving much closer to the trail, I set out to see it for myself. The ride turned out to be more enjoyable than I expected. The levelness of the trail was, perhaps, the greatest bonus. With little effort, I crossed half the causeway in the blink of an eye. Because I went after work, the November sun was setting while I rode, offering a view even better than I imagined. The trail is a great place to take in the view, blow off the stress of the day, bird-watch, and, of course, get some exercise. If you are a cyclist or an avid walker who is visiting our area, you might want to put this trail on your list. 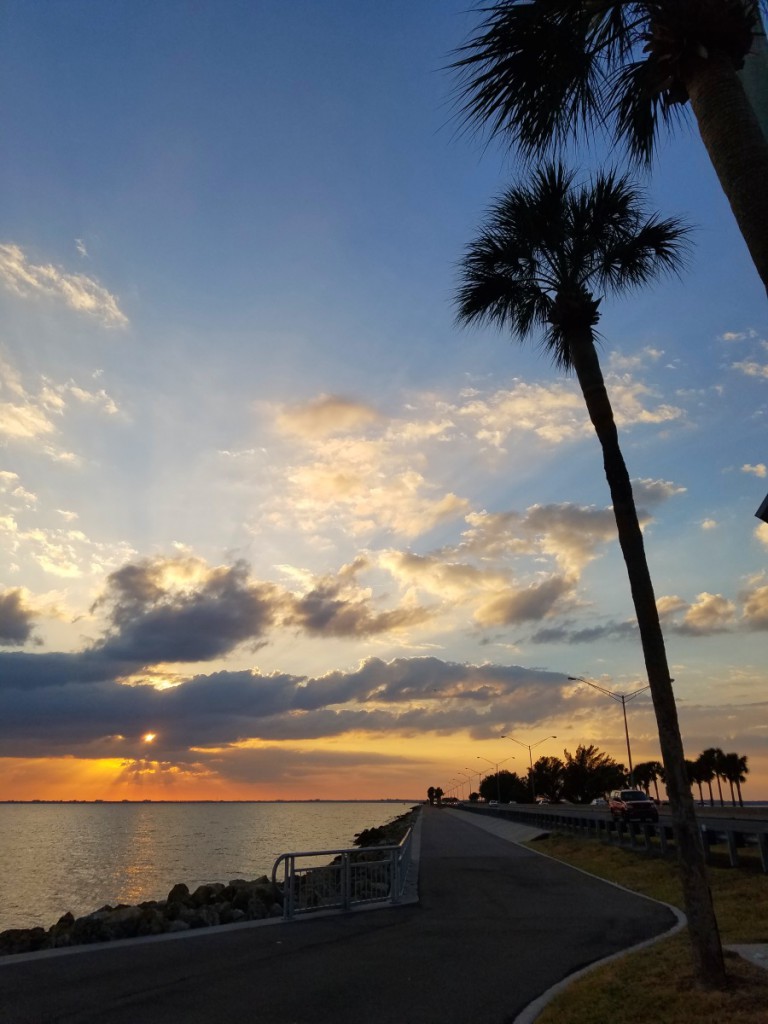 Ditching a Car for the Ferry to Clearwater Beach