The word spoil has a list of different definitions. While they all follow a common theme, they are not all alike.

The common modern usage of the word spoil means to ruin or degrade, such as

The word spoil comes from an older usage however, originating in the days of attacking and looting cities. It means to loot the valuables from a location, such as a city or town. It is synonymous to despoil, as in

Another definition comes from the byproducts of construction or mining. Waste materials created from drilling or digging are called spoil. An example would be spoils from a basement excavation being used for landscaping.

So what does all of that have to do with a Clearwater Beach vacation? Let’s see!

Did you know the Florida Gulf Coast has a pirate history? It’s true. Tampa Bay area is no stranger to pirates. In fact, the modern Gasparilla Invasion celebrates a pirate who sailed the waters of the Gulf of Mexico. The Gasparilla treasure, along with some others, is rumored to be hidden along our shores. Many of those pirate spoils, taken from victories over merchant ships, have never been found! Have they sifted down deeper into the sands of the beach? Has the landscape shifted and put the pirate spoils under waters of the Gulf of Mexico? While you walk the sands of the beach on your Florida Gulf Coast vacation, will you inadvertently walk several feet above the long lost treasure of pirate spoils? It’s possible! Rumor has it that, after large storms on the Gulf, coins from pirate conquests might wash up on the shore. None of our guests have discovered pirate treasure yet (that we know of), but it is fun to imagine coming across a coin poking out of the sand.

The harbor that runs between the City of Clearwater and Clearwater Beach is very shallow. Navigating a boat through the waters requires staying within the marked channels or having a sonar to check the depth under your boat. The boating channels that run the length of Clearwater Harbor were created in the 1950’s. The waste material from dredging, called spoil, was dumped in piles at regular intervals. The spoil piles collected vegetation and local wildlife quickly, becoming established islands in a very short time. The islands soon became a playgrounds for local boaters, an attraction the islands maintain to this day. The small islands, wrapped in shallow vegetation or covered with small forests of pines, palms, or oaks, are open to boaters and campers. The spoil islands are property of the State of Florida that has no plans to develop the islands or charge for their use. The islands make great stopovers while cruising the waters of the harbor on a motor boat, kayak, or paddle board. They are great places to relax or walk the shore.  Taking a picnic basket or beach chairs to the islands is a popular past time for those who know this local secret. If you are planning on boating the harbor on your Clearwater Beach vacation, be sure to check them out!

Go ahead and spoil your Clearwater Beach vacation 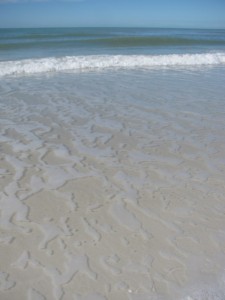 When we say spoil your Clearwater Beach vacation, we are talking about having fun.

Walking our shores under the Florida sun, you can imagine our pirate history. Is there a pirate chest of gold somewhere beneath your feet? Are the spoils of a pirate raid buried under your vacation rental unit? Will you find pirate gold underneath a seashell on the beach?

While boating our beautiful turquoise harbors, look to one of the tiny spoil islands. The small islands are usually empty, ready for you to land and claim the territory for your own –at least for a little while. Occupying your own island for a few hours of your vacation might give you some fun vacation memories for you to treasure.

So go ahead. It’s okay. Have some fun and spoil your Clearwater Beach vacation.

How to Successfully Use Vacation to Relieve Stress

What Is a Causeway?

What Is a Beach Villa?