Each morning as I sit on my porch, a screeching fills the sky. A moment later, a flock of parrots flies over. The green birds let everyone know they are coming while they apparently communicate to one another about – well, who knows what. 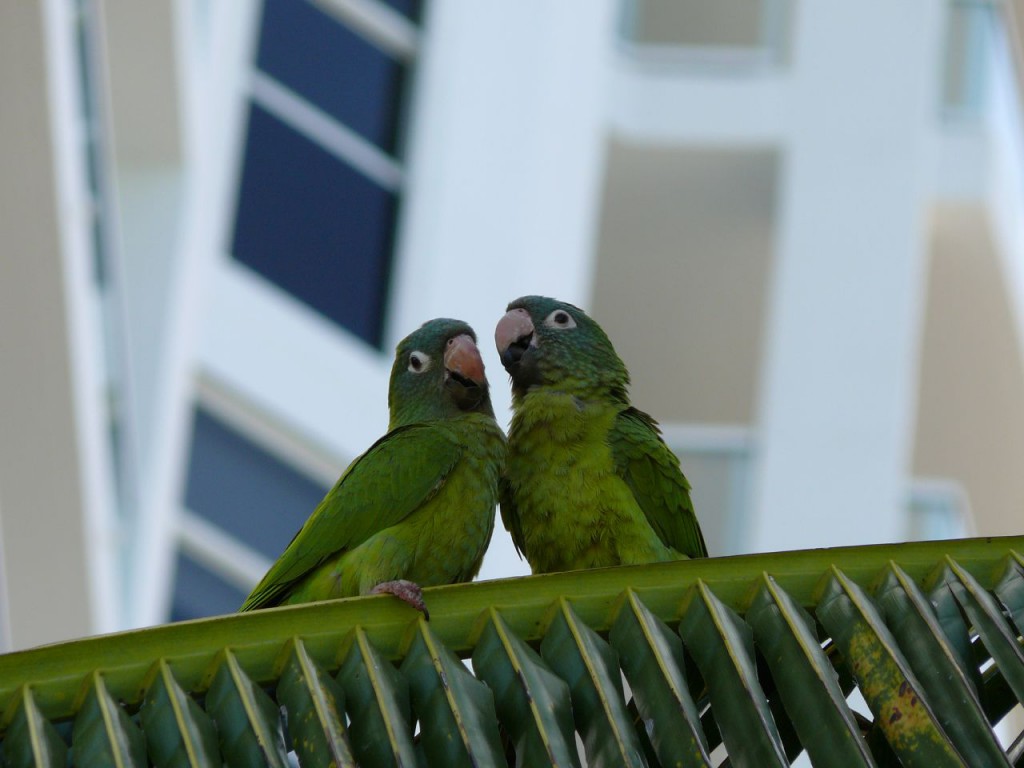 Parrots arrived, or at least were noticed, back in the seventies. They took to Florida without a problem. Now several species live in the state and have no plans of leaving. In fact, their numbers are growing swiftly. In some places, they are causing problems, mostly to the utility companies who have troubles with the birds nesting on their towers and telephone poles. Some residents don’t like their noisy calls or the fact that they are an invasive species. Other people, however, are perfectly happy to have the colorful birds around.

They do possess foreign intrigue perhaps, giving Florida residents and visitors a taste of what was once only available far to the south. I for one, enjoy them. Of course, I have no power lines or environmental programs to maintain to keep my job. Each time I hear them, I look to the skies and wait for them to pass over. Their raucous calls sound like the tropics to me. Their green feathers are a nice change of pace. 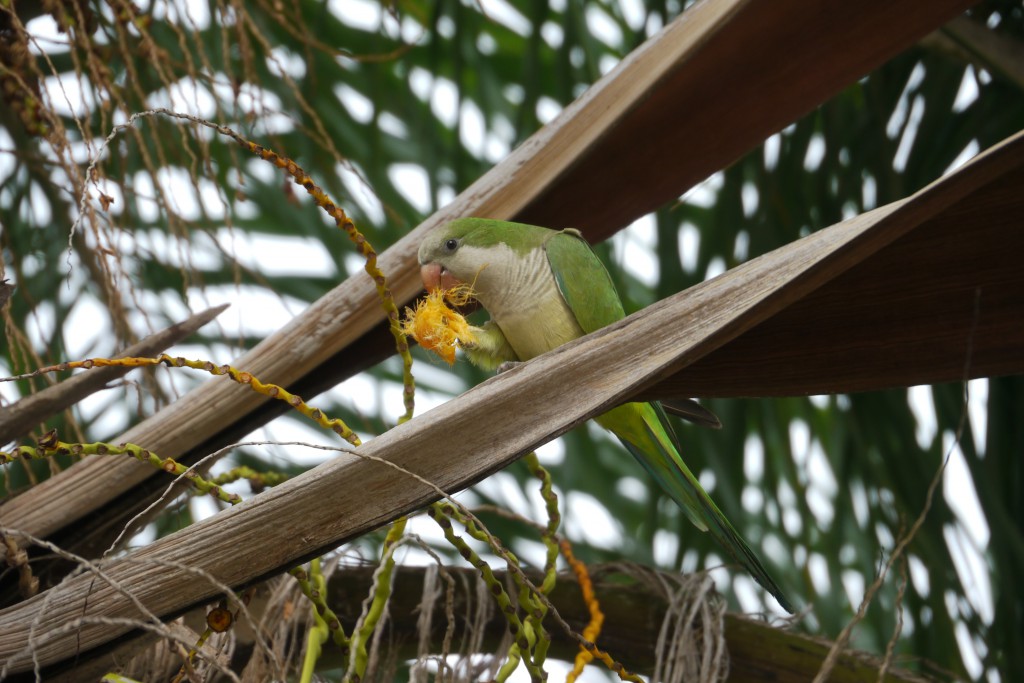 Regardless of which side of this avian phenomenon you find yourself on, the reality is that the birds have reproduced in numbers that negate any plan to get rid of them. So, as long as you are here, and you aren’t repairing power lines, enjoy these visitors who have taken the term “snowbirds” a little more literally than most.