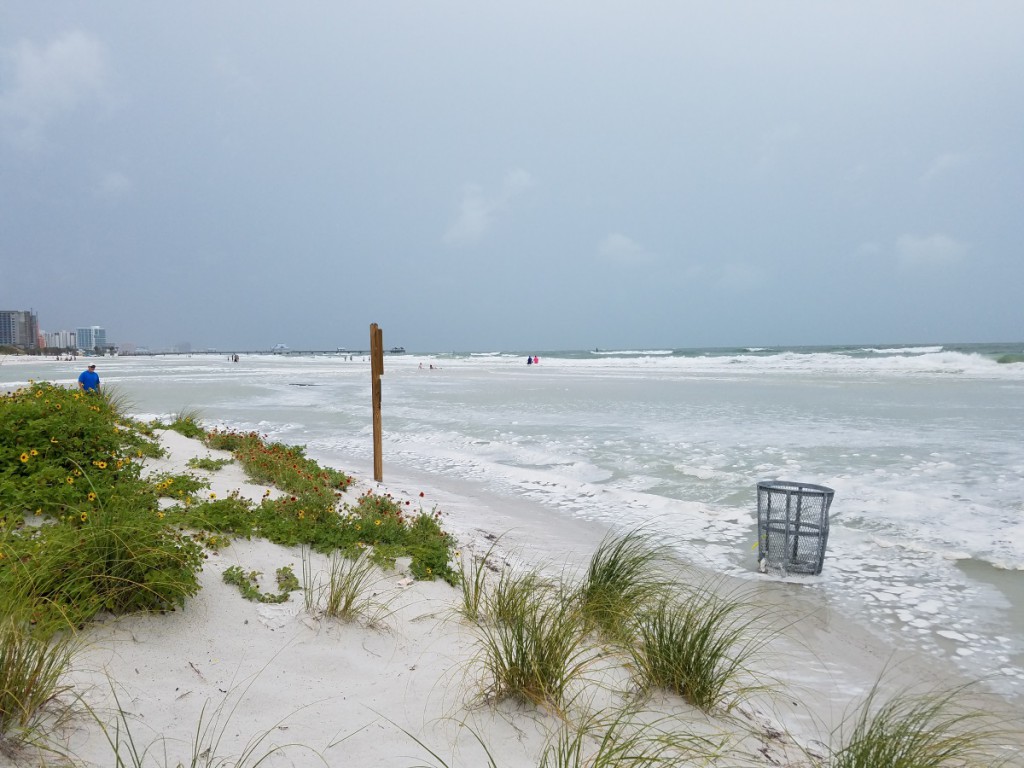 Tropical storm Colin pushed north through the Gulf of Mexico the past couple of days, turning our heads away from a few tasks while we tracked its progress. It crossed over land at fairly uninhabited area. The map labels it as Big Bend Wildlife Management Area, with the nearest inland city being Perry, Florida with approximately 7000 residents. Despite striking a less inhabited area, it would be incorrect to say did not have a widespread affect.

Tropical Storm Colin did come with a storm surge, which affected a large portion of Florida. Because the storm ran parallel to the west coast of the state, its surge arrived in quite a few cities. A storm surge is, in effect, a very high tide. In major storms, the surges are usually responsible for more damage than wind. We will not attempt to report on every city in the state here in this blog, of course. Our goal is to let you know how our small piece of the coast fared during the storm.

Our tide was high; very high. It was not, however, devastating. That’s good news. From personal experience I estimated it to be about one foot higher than a standard high tide. To be more specific, it was about a foot higher than a very high tide. Water got into places it did not usually go. The video we have posted below follows a school of minnows across the sidewalk. Our video was topped, however, by a person who filmed manatees munching on the grass a waterfront lawn. 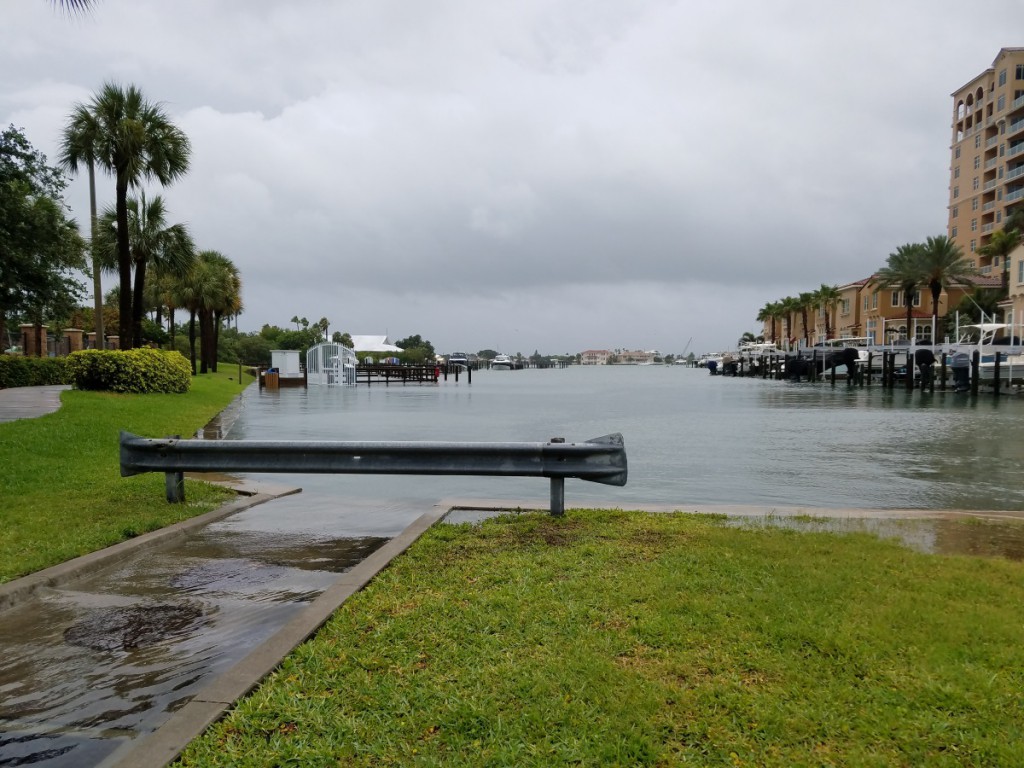 People who have lived in Florida for years take storms in stride. For us, this was not a bad one. In fact, it was just a big rain storm. Thanks to its mild nature, we had a bit of fun with it. Our video shows people taking pictures of themselves standing in the storm surge at the beach while just beyond them, another group was swimming in the surf. We would not recommend the second during a storm, by the way, since rip currents are likely.

Tropical Storm Colin did have an ornery side, though. It picked up every lightweight, floatable object it could find and dropped it on the beach for us to clean up. The good news is that we have dedicated beach cleaning tractors that can make short work of that kind of thing. The storm also pushed the debris far into the sand so that the following high tides could not carry the objects away again, which was very considerate of Colin.

So that is our Tropical Storm Colin news from Clearwater Beach. Enjoy the video below which we took at the near the peak of high tide.