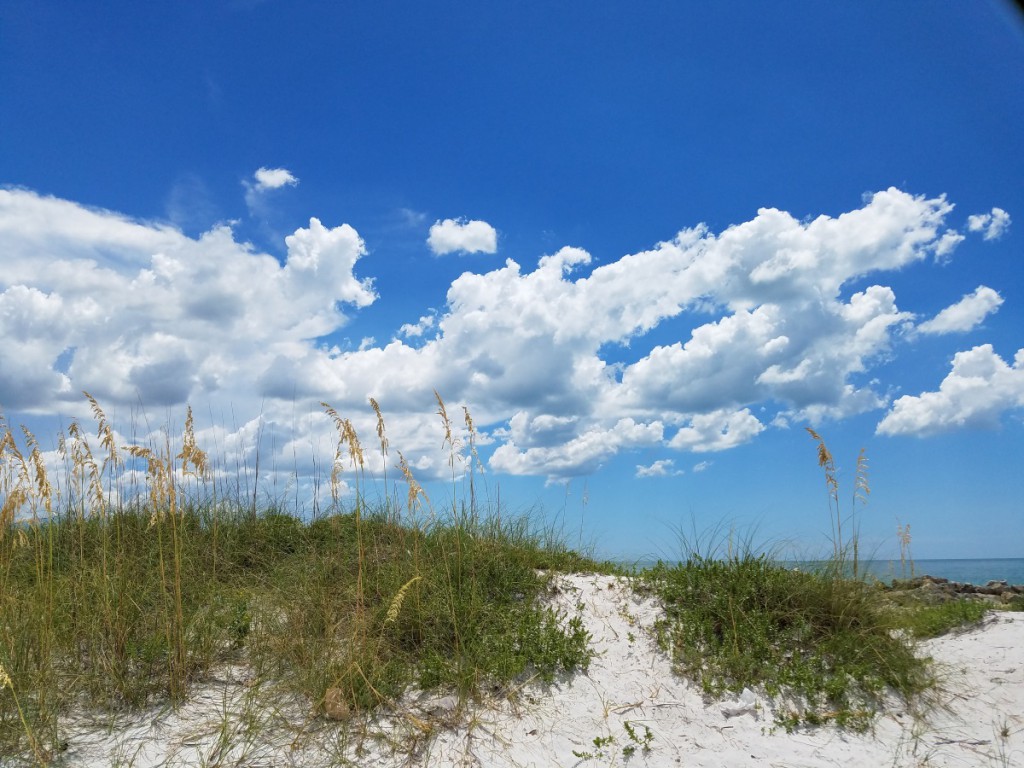 How Warm is Florida?

We get a lot of requests for info on what the temperatures are here in Clearwater Beach, Florida, as well as our area in general. While you might think they are mostly aimed at finding out how warm it is here in the winter, a lot of them want to know our summer temperatures too.

This coastline, in general, is called the Central Gulf Coast of Florida. Our portion of that coast is the beaches of the Tampa Bay area which border the Gulf of Mexico. That encompasses the beach towns of St Pete Beach, Clearwater Beach, and all the beach communities between. It also includes the beach parks of Egmont Key, Fort Desoto, Caladesi Island State Park, Honeymoon Island State Park, and Anclote Key Nature Preserve. 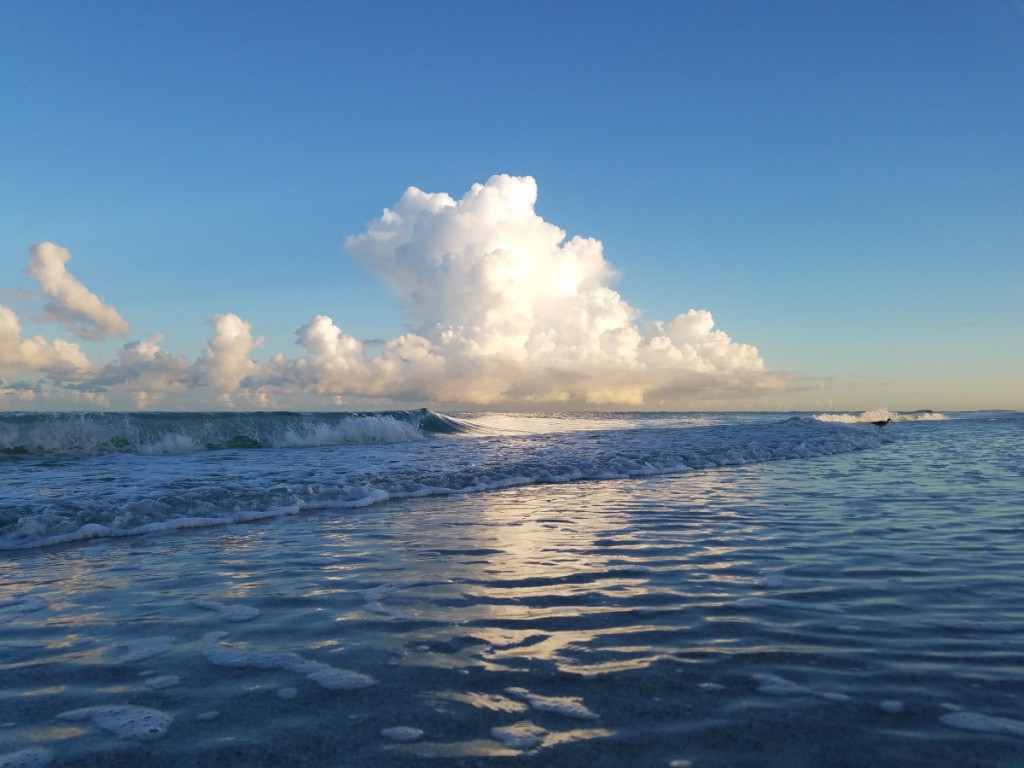 Summer on the Florida West Coast

Summer is where we will start. To shortcut the conversation, our summers are hot. It’s Florida. June, July, August, and September are the hot months. No surprise there. According to the U.S. Climate Center website, our average summer temperatures are 89 to 91 degrees Fahrenheit/32 Celsius. Of course, that’s the average. It does go above and below those numbers. Add the humidity brought to us by the Gulf of Mexico and it feels quite warm.

The saving grace from the heat is the same thing that makes it feel warmer, and that’s the Gulf of Mexico. All you have to do to cool off is dive in. But there’s more to it than that. The Gulf is not quite as cool as you would imagine. In the summer it reaches the mid-eighties. This summer we had a few days of ninety. That was warm but it only lasted a short while and then the water perceptibly cooled off – down into the eighties that is. Despite how warm that sounds, it’s still refreshing to dive in and it does cool you down.

Winter trips to Florida are famous. People come here to escape the winter chills of the north, from both the U.S. and Canada. But how warm is it exactly? There’s good news and bad news. The bad news first. To someone who lives in Florida, it gets cold! The good news, to someone from the north, it’s not cold at all. December, January, and February are the coldest, with a bone chilling 55 degrees Fahrenheit/12 Celsius. Winter water temperatures range around 70 Fahrenheit/21 Celsius. 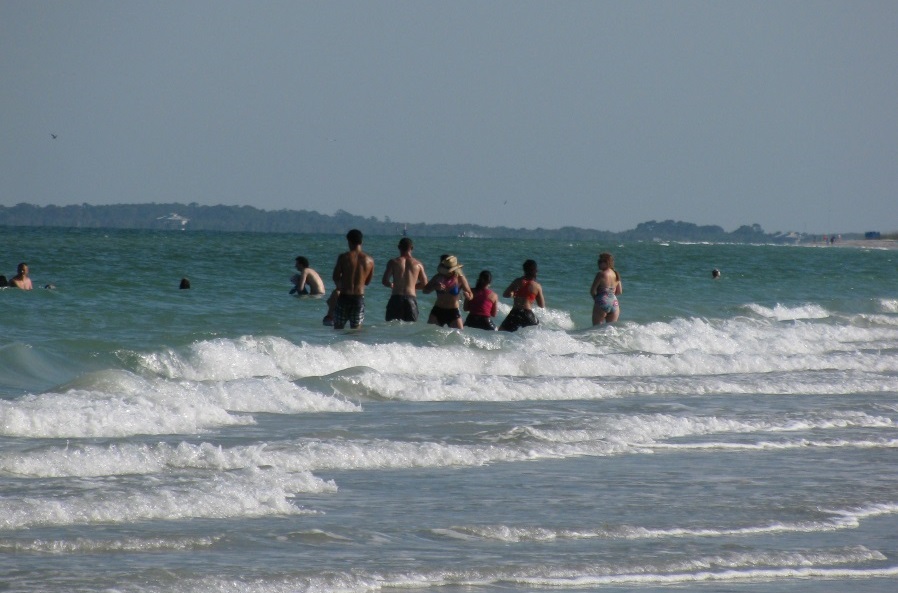 While we joke about how cold it is here we know that it’s really not. However, we once in a while get a person who thinks we enjoy eighty degrees all year long, and that’s just not true. We experience winter, just on a very mild scale. The truth is that our winter is very refreshing. After a summer of high temperatures, a cool winter is actually quite welcome.

The remaining months between summer and winter are some of our favorites. Oddly, they are not as popular with visitors. If you lived in Florida and knew how amazing the weather was, you’d wonder why that was true. It’s not chilly, it’s not hot. We refer to that as very nice weather. The temperatures range between 65 and 85 Fahrenheit/17 and 20 Celsius. They are very enjoyable months to be outdoors.

As for rain, we do get that. For nine months of the year we get rain like everywhere else, which is to say, every now and then, whenever nature feels like it. In the summer, however, the weather gets very predictable. The days start sunny, then in the mid-afternoon the clouds gather. By about 5pm, it’s time for a rain storm, often a thunderstorm with dazzling lightning. By 6pm to 7pm, the rain is gone and its time to walk the streets again in the remaining hours of daylight. You can almost set your watch by it. While odd weather is always a possibility, that is pretty much what to expect. So will it rain on your summer vacation here at the beach? Yes, it will. Will it ruin the day? Not at all. 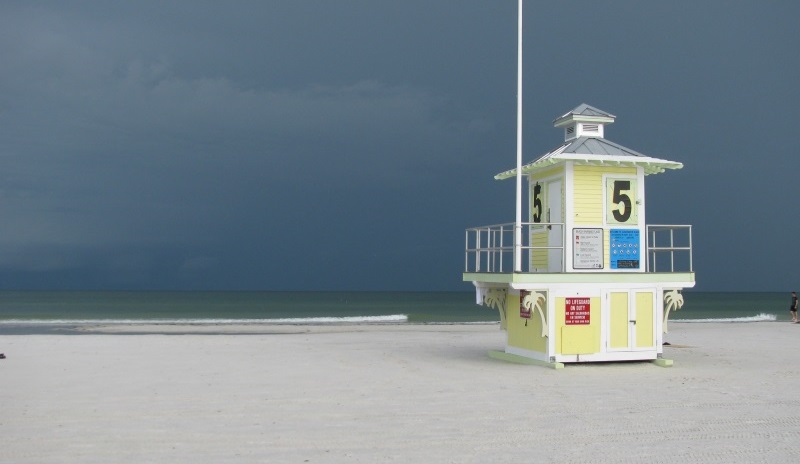 That’s the summary of our weather here on the Central Gulf Coast of Florida, especially in the Tampa Bay area and its beaches. The reality is that it’s pretty nice just about any time of year, so long as you’re not expecting something else. So if you are coming to visit us, you now have a better idea of what to anticipate. That often makes for a better stay. 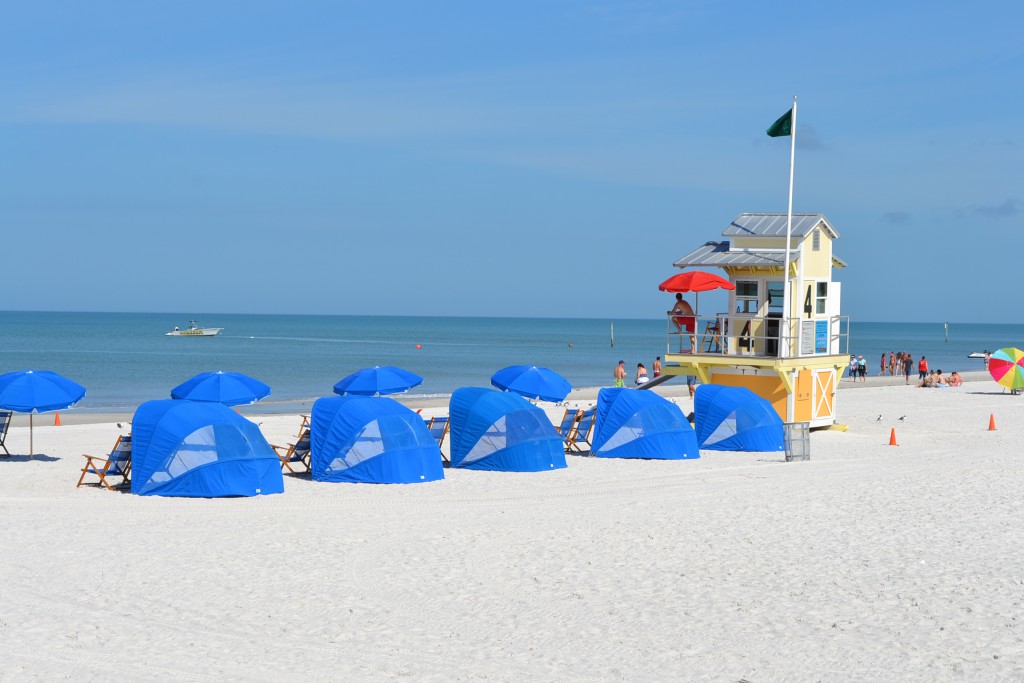 Paradise Lost; A Beach in Peril