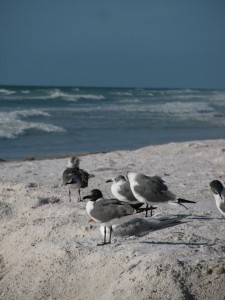 Honeymoon Island received a face lift last year designed to restore its remarkable beaches so that visitors could enjoy the shores that have thrilled beach-goers for decades. Stone jetties were added and sand was pumped onto the shore. The beaches looked fantastic and were ready to move forward, allowing visitors to enjoy the famous Honeymoon Island Beach into the future. The reality, however, has turned out quite different. A trip to the beach just two days ago revealed a troubling picture. 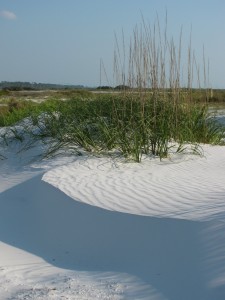 Ten years ago when I first toured Honeymoon Island, I was taken by its swaths of white sand, beautiful palms, and ample space for visitors. The beachfront was lined with parking lots that filled up on busy weekends, the sands occupied with happy visitors. I joined them, sunning and swimming at the beach with friends and taking long walks to the north and south along the white-sand shores. 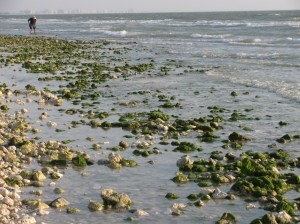 Even then I heard concern voiced for the island due to the shifting sands. Over the years I watched the beach change but after a rather heavy set of storms, I returned to find the sand gone, with the substrate of coral rock in its place. The beach had been carried away so deeply that one section of parking lot had been undercut and collapsed. It was then that the serious efforts to save this cherished beach began in earnest. That led to last year’s jetties and sand replenishment. Logic, a visual study, and the experts agreed that the extra sand would be held in place by the rocks. In fact, the anticipated  sand movement should have piled up against the rocks, allowing nature to create even more beach area. Alas it did not prove so.

During the recent visit, I found most of the beach I had known missing, and certainly no large swaths of sand. January and February had brought high winter tides, which are normal, but the tides were also accompanied by high winds, perhaps associated with the El Nino conditions. The sand that was pumped onto the beach has been effected, and much of it seems to be gone. When I walked north, I saw that during recent high tides, the waters of the Gulf had washed completely across the beach into the inland waterways and only a few, very small areas of beach had remained above the waterline.

The waters reached the parking lot as well, with large pools collected in the low areas of pavement. I cut my walk north short because the rising tide met with the inland shrubbery, leaving no space to walk. 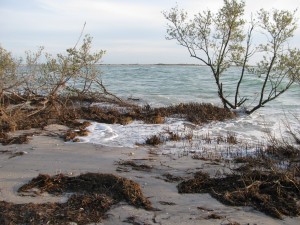 Boardwalks led out onto the sand in the past. Those boardwalk ramps have now been shortened, with the ends fenced off and the beach access provided via stairs leading off the sides instead of the ends. When I walked north toward the dog beach area, I was alarmed to find the surf rolling into the mangrove bushes which had once been some fifty yards up the shore. The evidence of shifted sands was everywhere, which included washes of sand pushed inland alongside of uprooted bushes. Dog beach is now divided by a miniature estuary that runs about two feet deep. I will admit, the dogs didn’t seem to mind.

Return of the Natural Beach?

What will the future of Honeymoon Island be? A placard on site suggests that the island is attempting to revert to the shape it had before development. After watching the sands at the various islands moving about, it seems that letting nature take its course is not a bad idea. As this Herculean effort to restore the beach proves, nature is going to run its course regardless. The question still remains, however, as to whether or not the beach will continue to wash away.

The rock barriers are still in place. Will the calmer summer tides and currents pile the sand back up? The island was created by natural forces so its disappearance is highly unlikely. As for the beach, it seems that a game of wait and see might be in order. I, for one, hope to see natural forces bring the sands back. Wishful thinking? Let’s hope not.

Area beaches that are surviving well are Anclote Key, Caladesi Island just to the south, and, of course, Clearwater Beach which has done quite well. Clearwater Beach, may, in fact, be the recipient of some of those migrating sands. Islands south of Clearwater Beach were replenished in the past and casual observation suggests they are remaining intact. If you are looking for sandy beaches in the area to visit, both natural and developed, those would be the locations to visit.

Honeymoon Island was one of the top beaches in the area and a favored seashore for spending the day in the sun and surf. The park’s allure for locals and tourists will continue but without the swaths of soft beach sand that once drew crowds, its future attendance will undoubtedly suffer. The saving graces of the island park include a nature center, picnic area, dog beach, a ferry to a neighboring island, and a nature trail that has remarkable bird watching opportunities.

Will the county try again to save the beach? Will the erosion create a much different island shape than the one we know today? Will the beach save itself? Or will the jetties create the intended effect and capture the shifting sands?  Those of us who love Honeymoon Island State Park will keep a close watch on its progress and hope for the best. 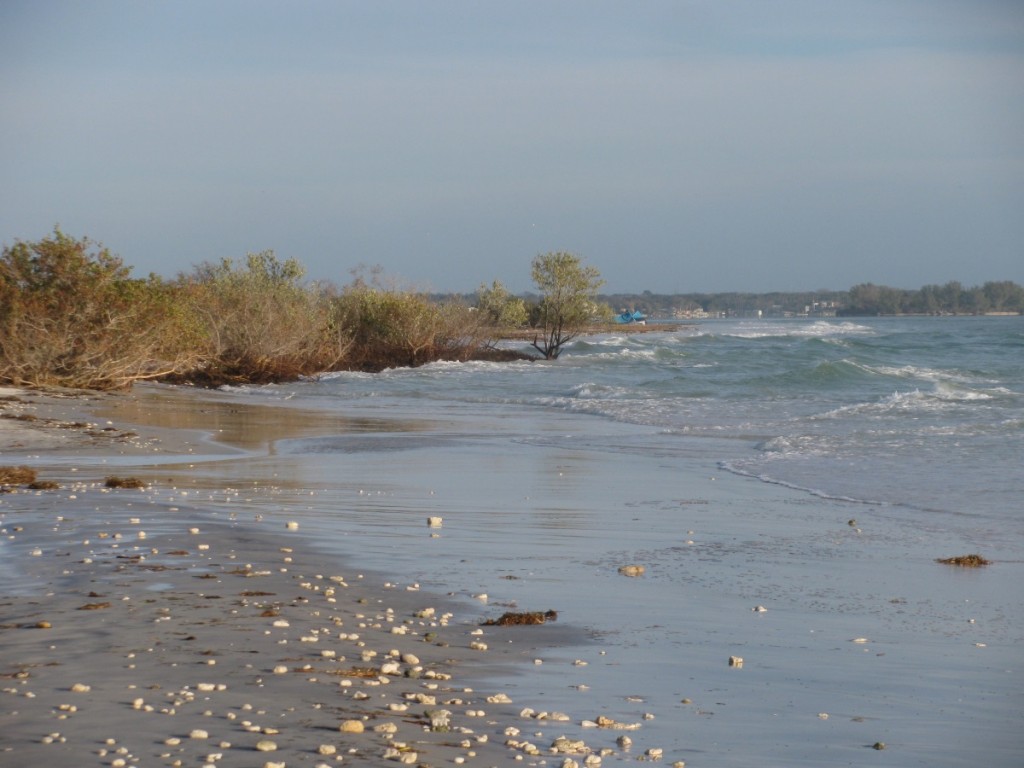